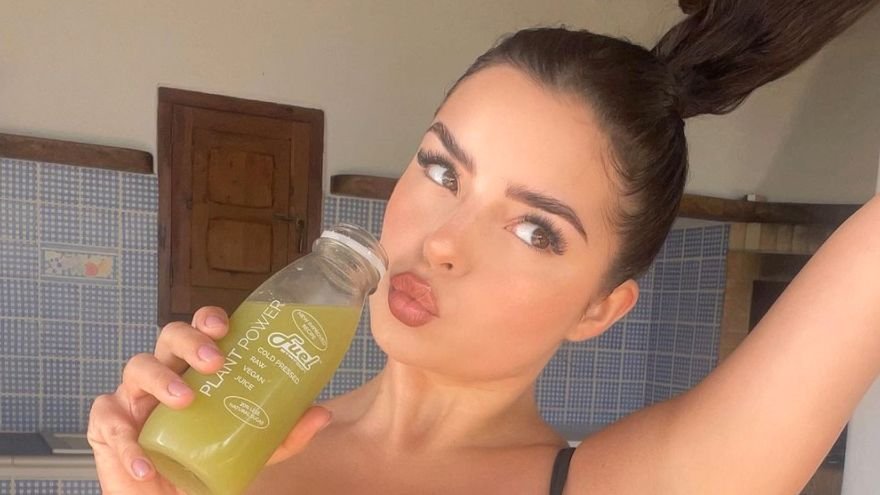 The sexy influencer had some pretty strong words about the lyrics of Ariana's song and she didn't hold back on why she thinks it's uncool.

This comes as a surprise, especially since the model rarely speaks out about her issues with celebrities or other artists. Her reason for not liking the music is also pretty surprising.

Scroll down below to find out why Demi is throwing shade. 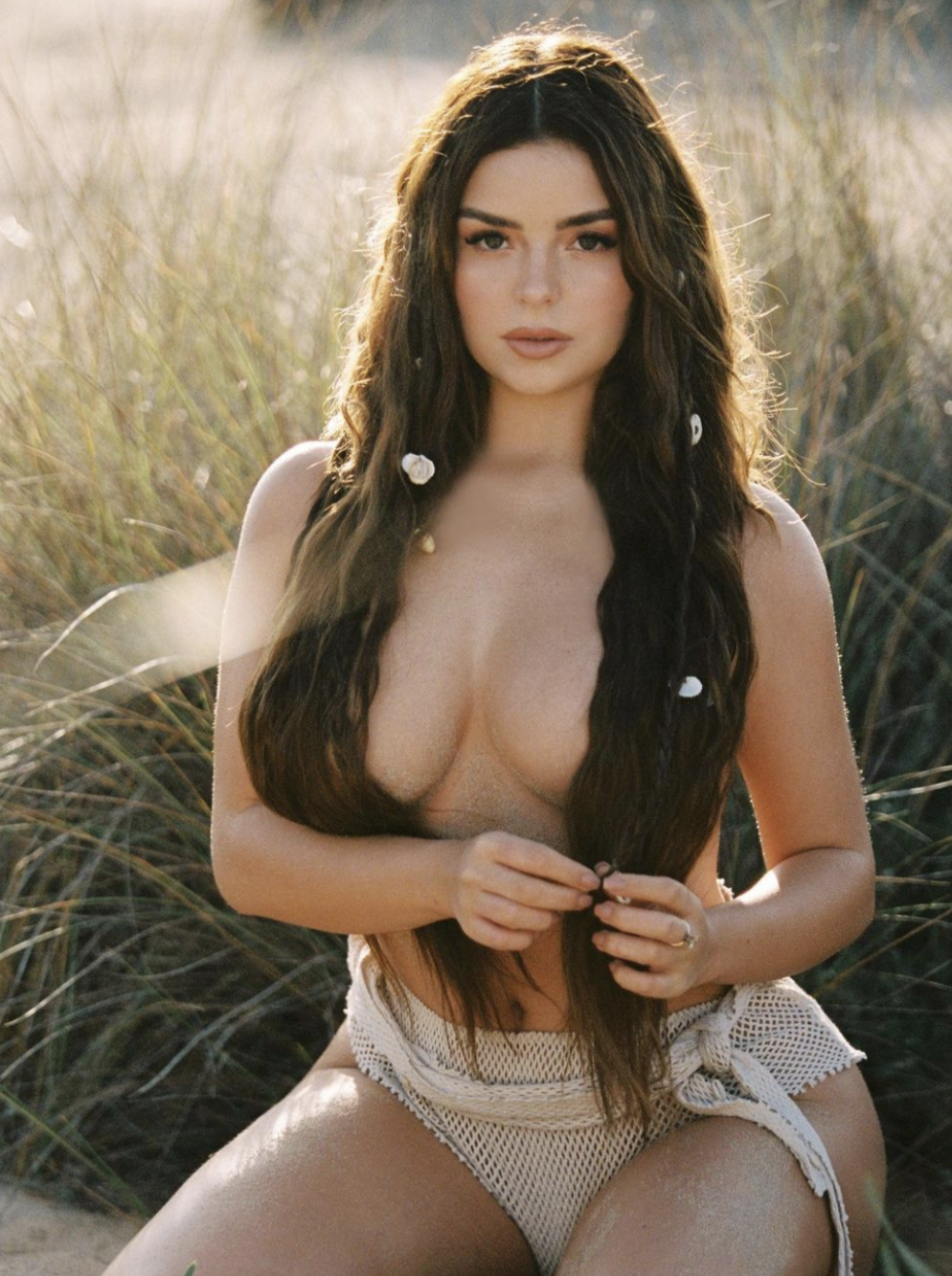 The British beauty turned 26 years old last month and she celebrated her birthday with a special photo shoot.

She treated her 16.2 million followers on Instagram a series of topless photos, where she was posing on a grassy field. Wearing nothing but a flimsy bottom, Demi's long locks were the only thing that was covering her bare breasts.

She was looking sexy and ethereal in the photos.

"26 years around the sun, it’s been a blessing🥳✨", she captioned her post. 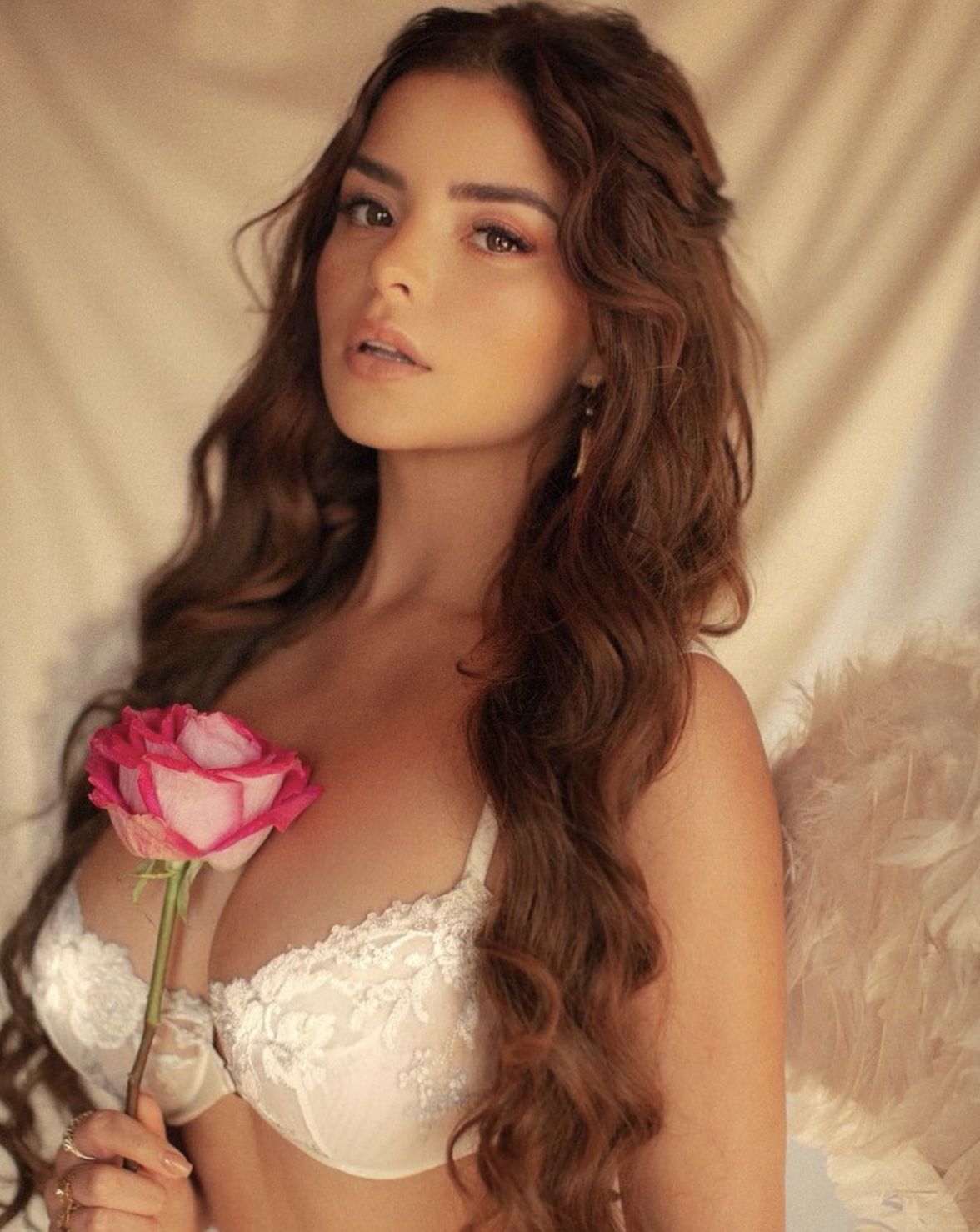 A couple of days after her 26th topless birthday photo shoot, Demi posted another titillating photo.

This time, she was wearing angel wings and a lacy bra while holding up a pink rose right between her breasts.

"Until you spread your wings, you will have no idea how far you can fly 👼🏽", she wrote alongside the seductive photo.

Demi has been on a spiritual journey these past few months. She has been taking care of her mental health and has even taken up meditation and music lessons. 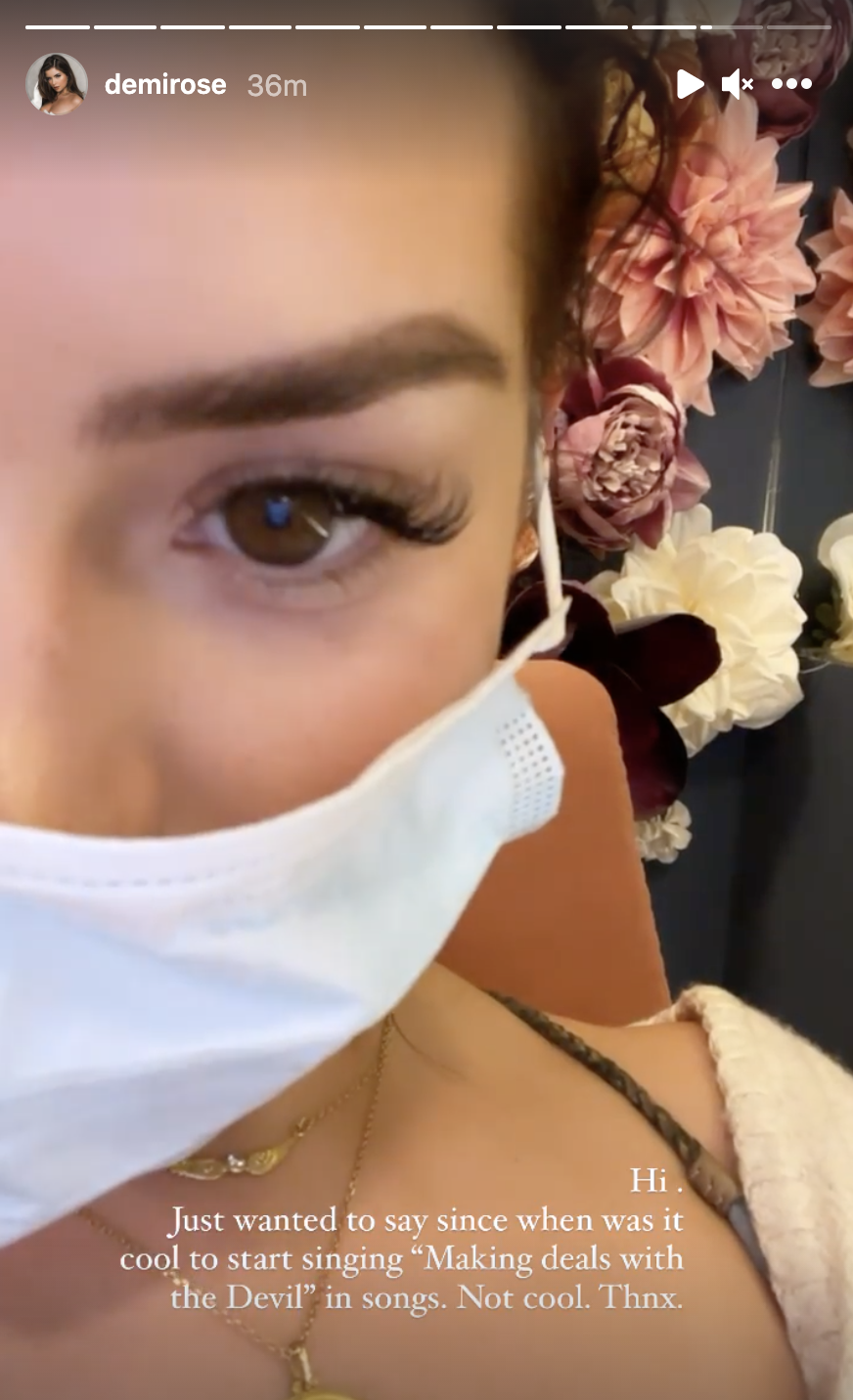 Demi's sudden interest in music and her spiritual work maybe the reason why she is speaking out about Ariana's music.

"Just wanted to say since when was it cool to start singing "Making deals with the Devil" in songs. Not cool. Thnx."

She is referring to Ari's 2017 hit song "Side To Side", which has the lyrics:

She Has Some Strong Opinions About These Lyrics 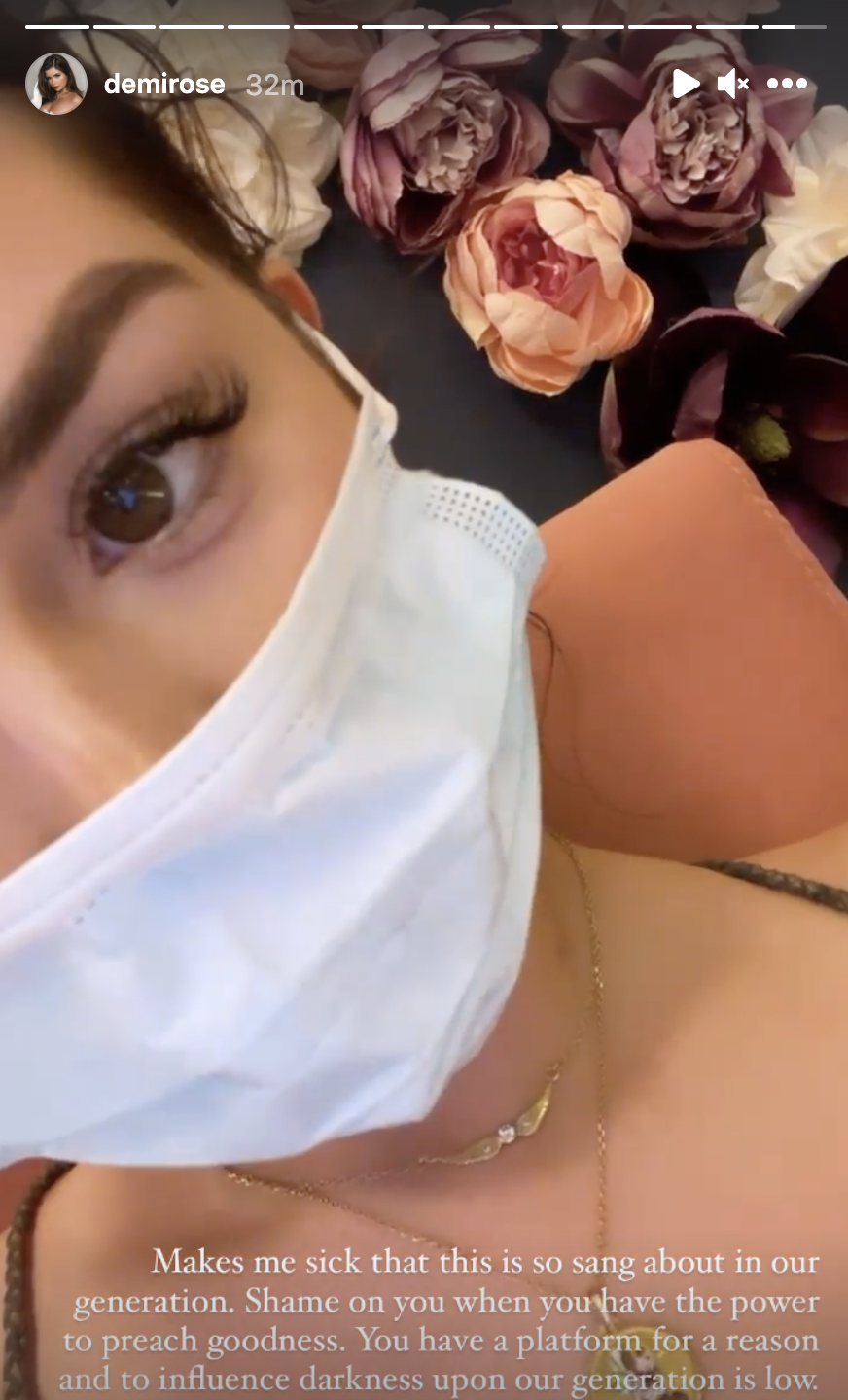 She wasn't done! She continued on and shared some strong opinions about being a good influence.

According to Demi, it is a shame to have a platform and not preach goodness and instead influence darkness on the young generation.

As we all know, Ariana is not only one of the biggest recording artists right now, she is also one of the most followed people on Instagram.

This rant is a little bit late, however, since the song was released in 2017. So, we're not sure why Demi is reacting to it only now. 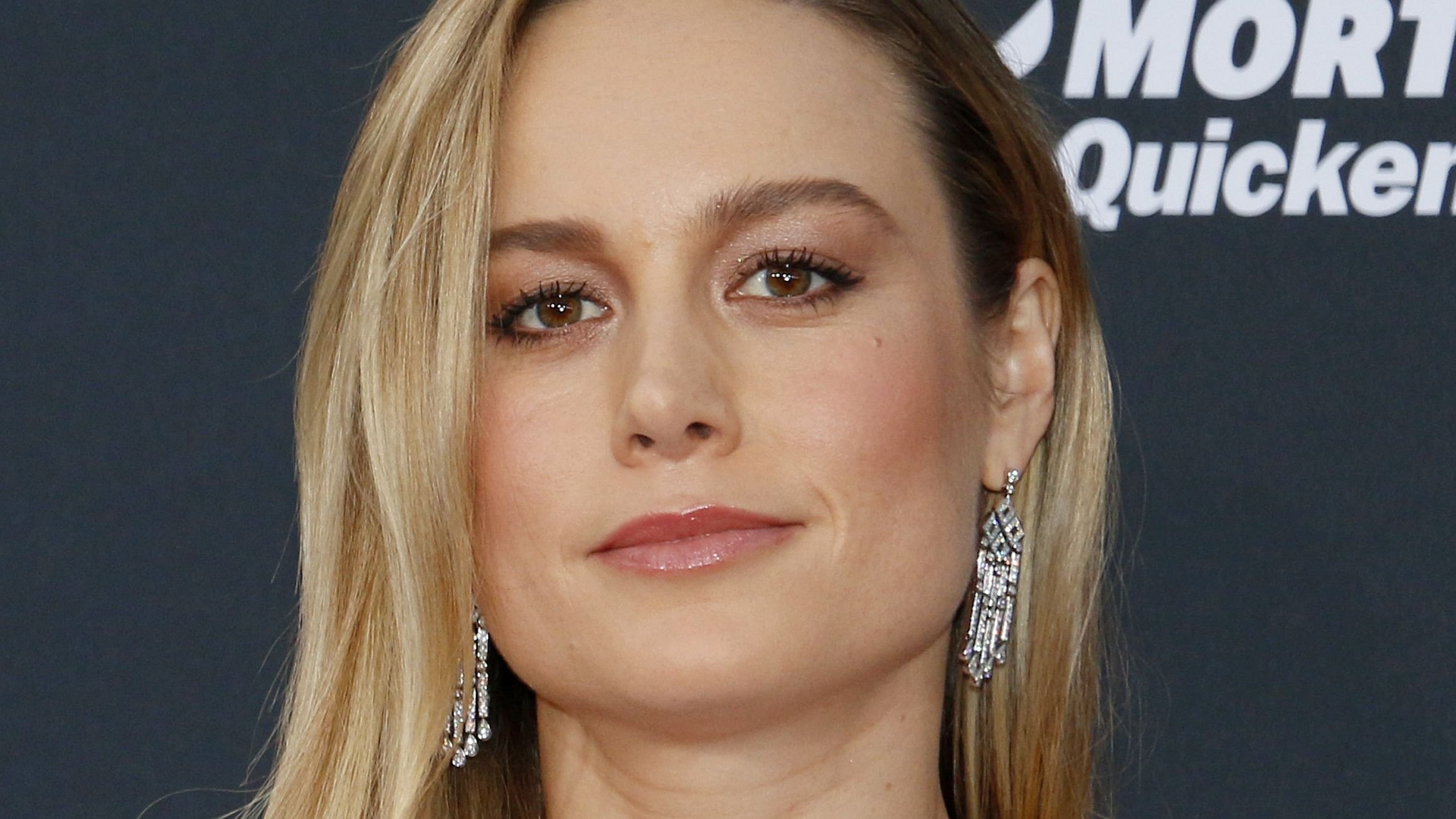