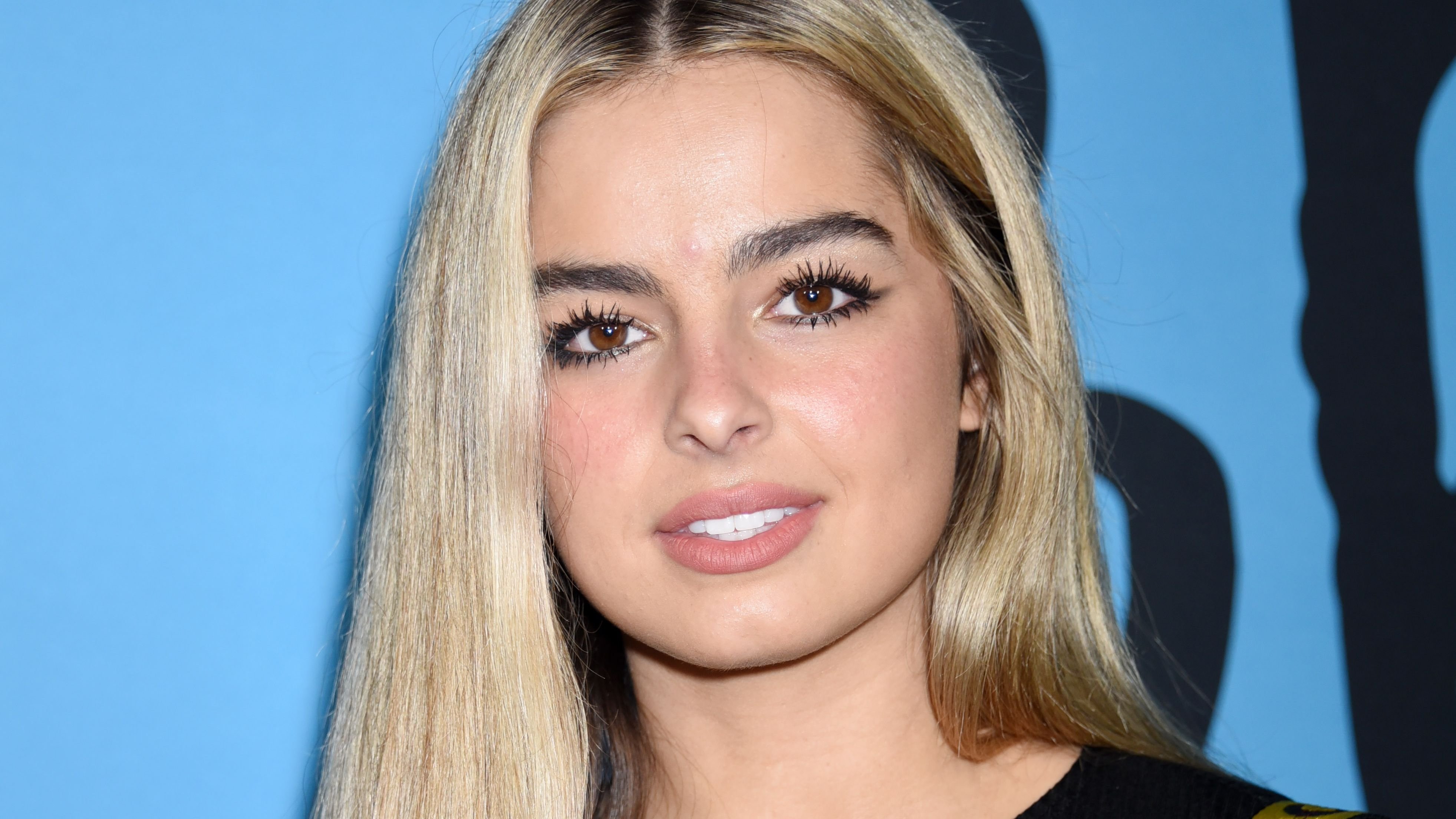 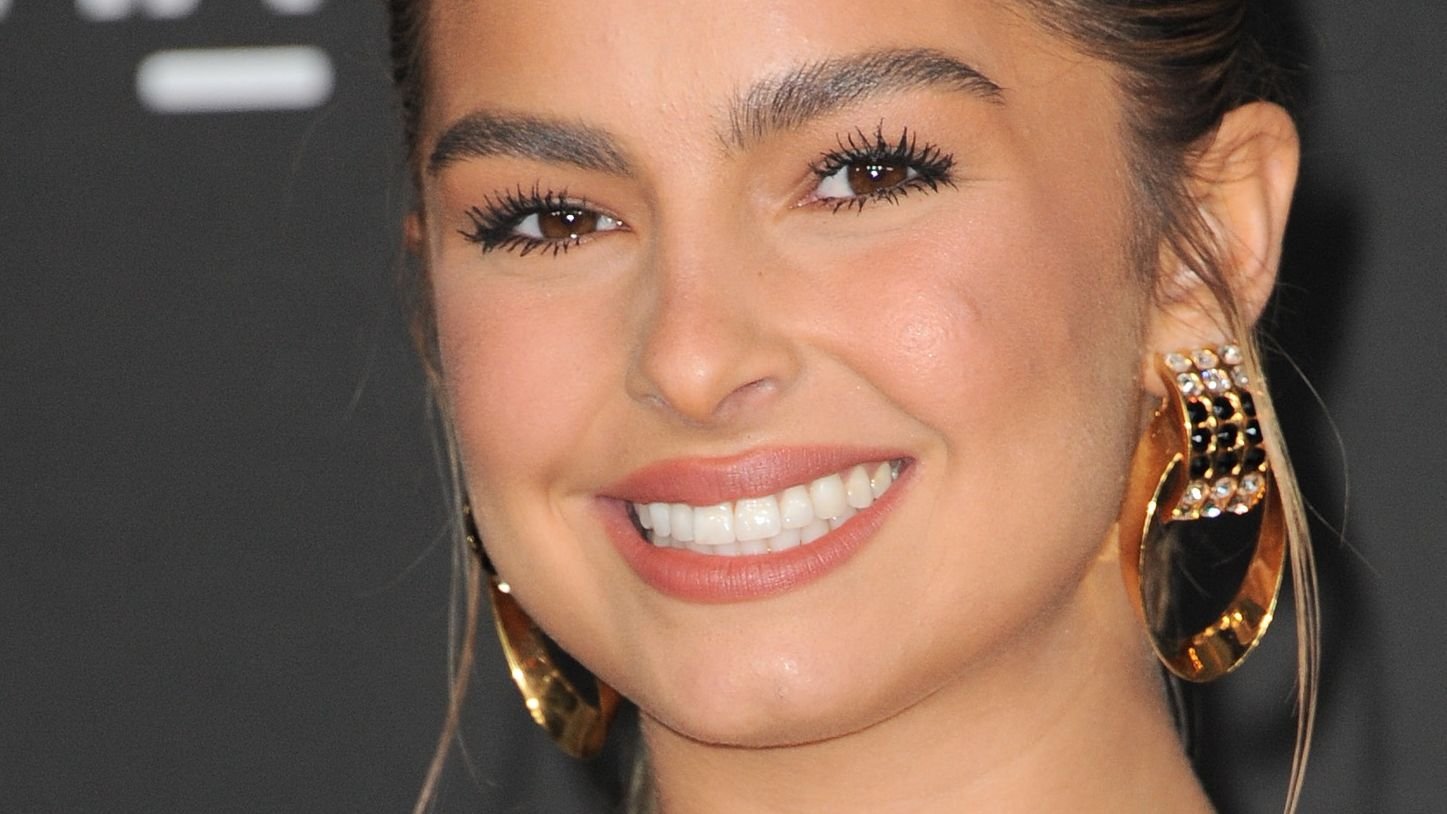 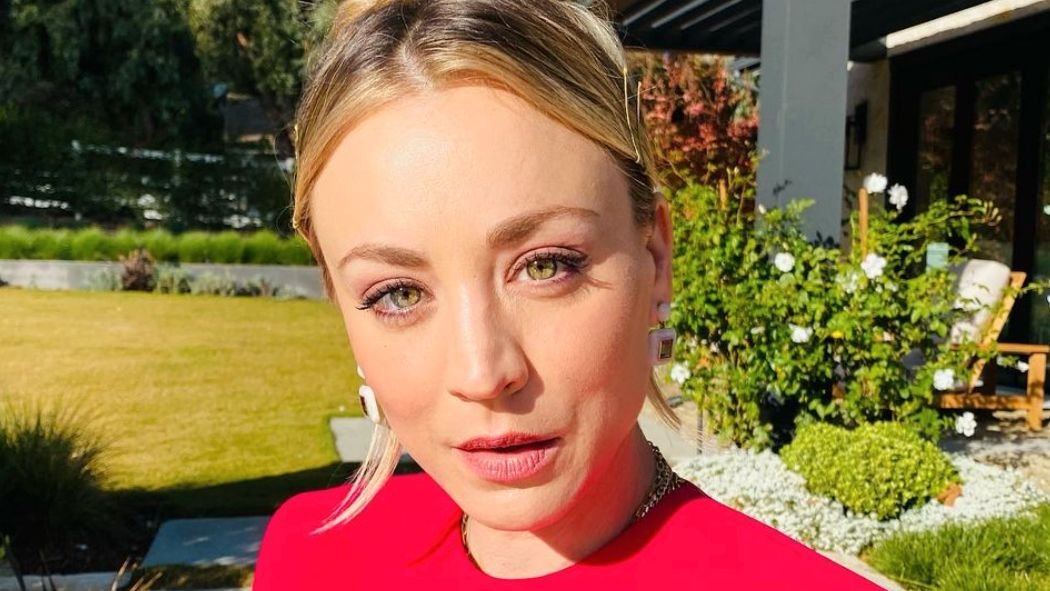 Kaley Cuoco has been killing it lately! Not only did she make the cut in The Hollywood Reporter's 2021 Women In Entertainment Power 100, she also has major news to share!

The actress was super excited to be part of this year's power women and she took to Instagram to share the good news to her 6.7 million followers.

Scroll down to find out Kaley's exciting news. 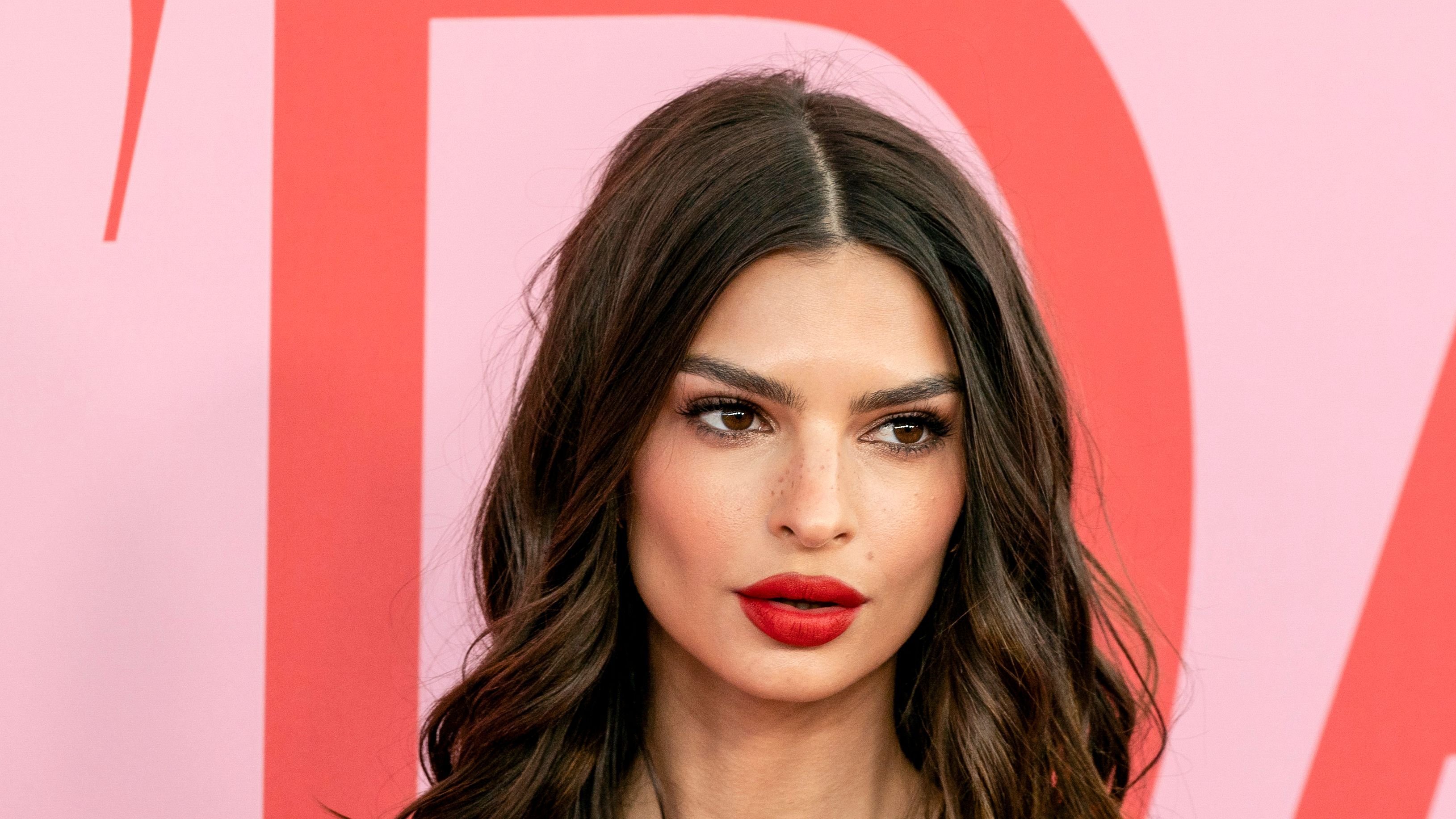 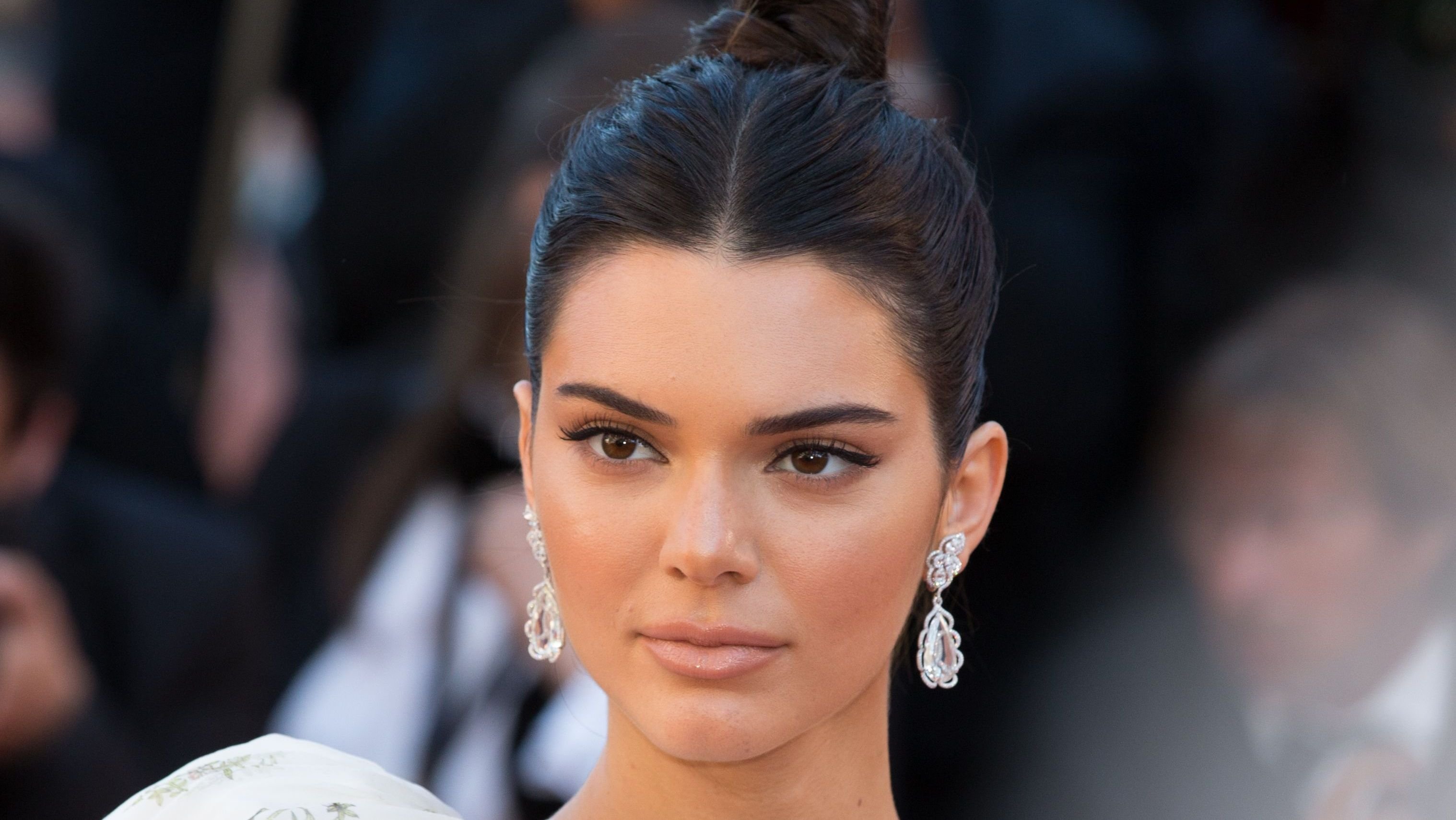 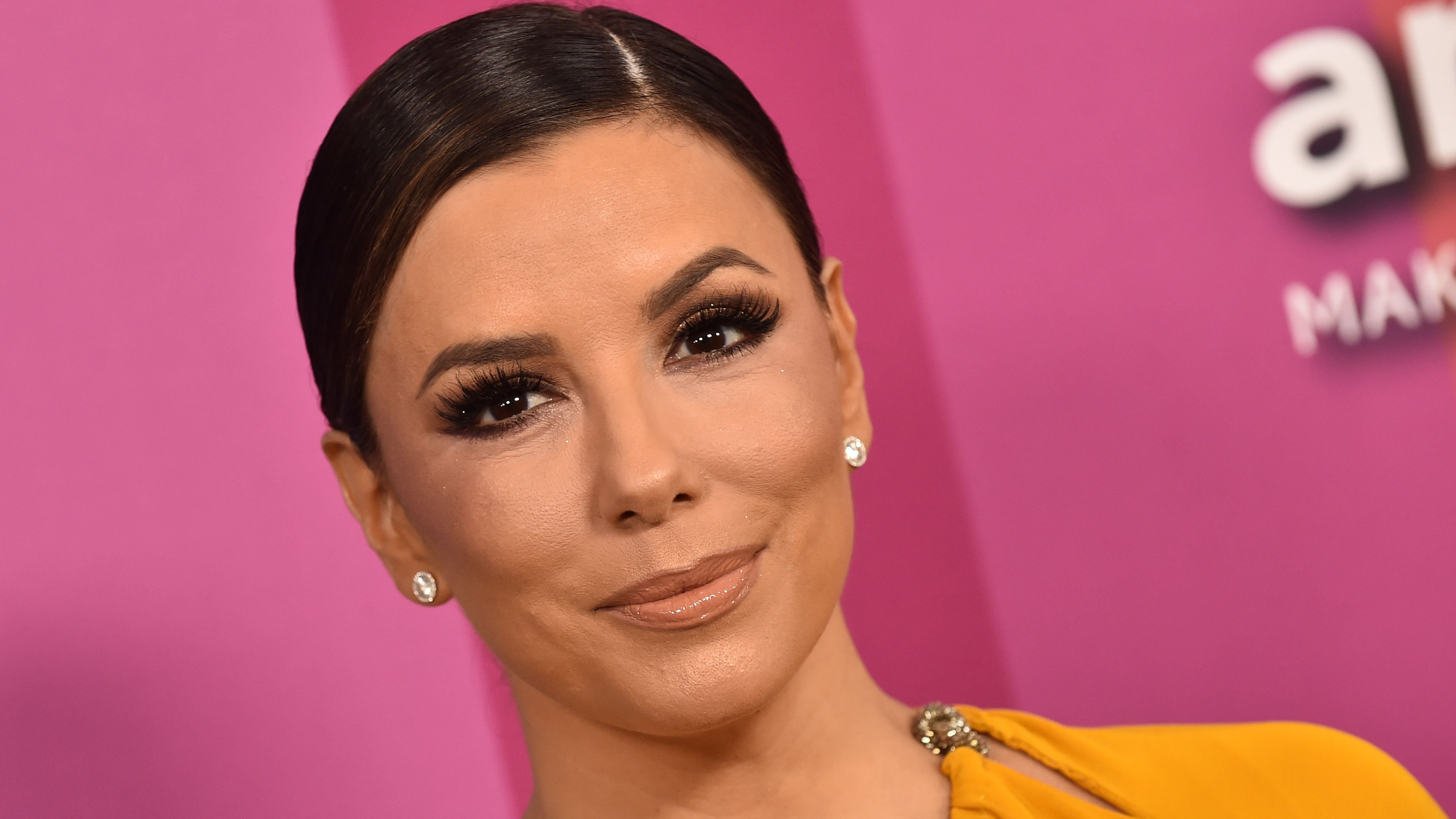 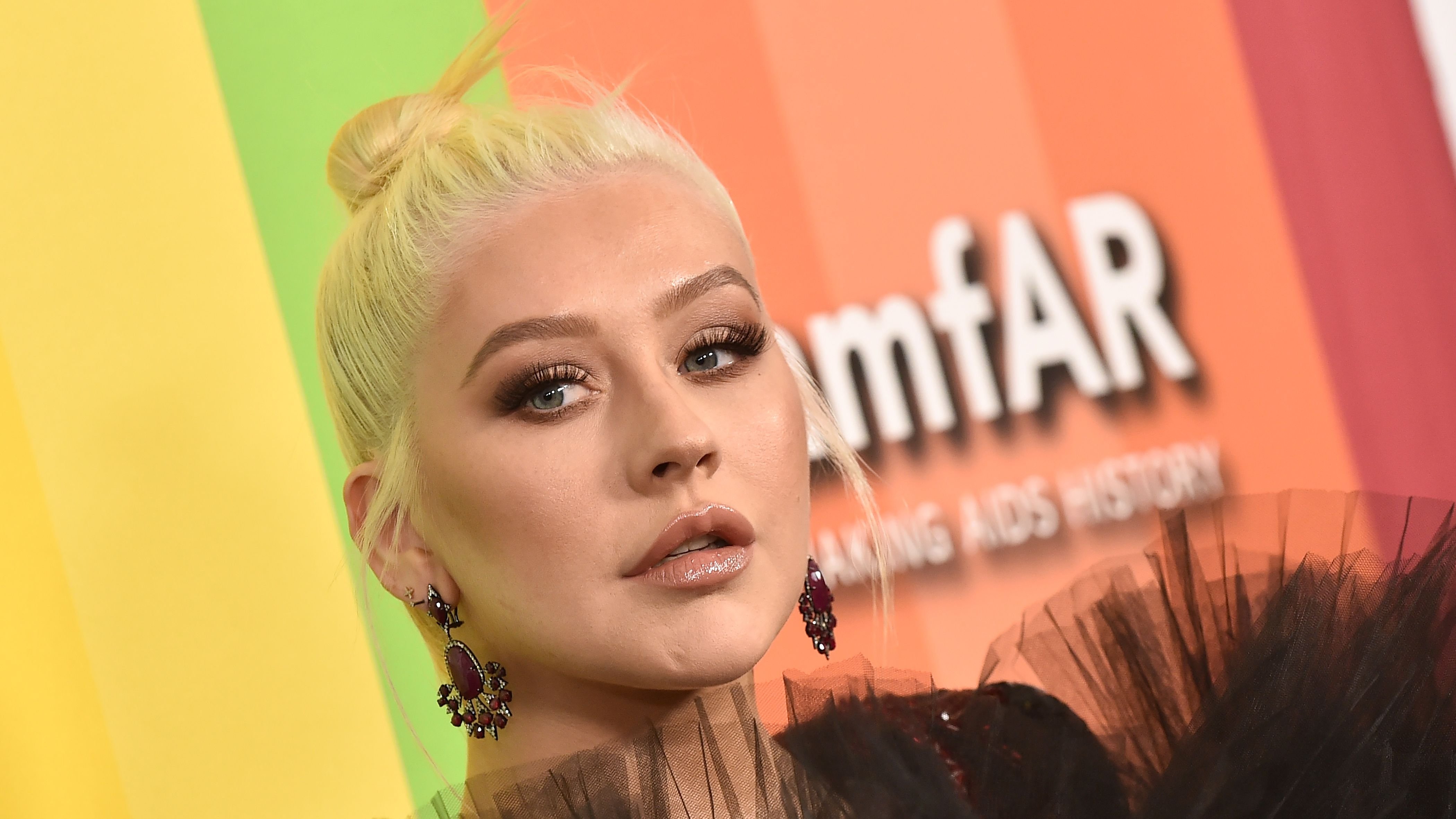 Back With A Hit Show 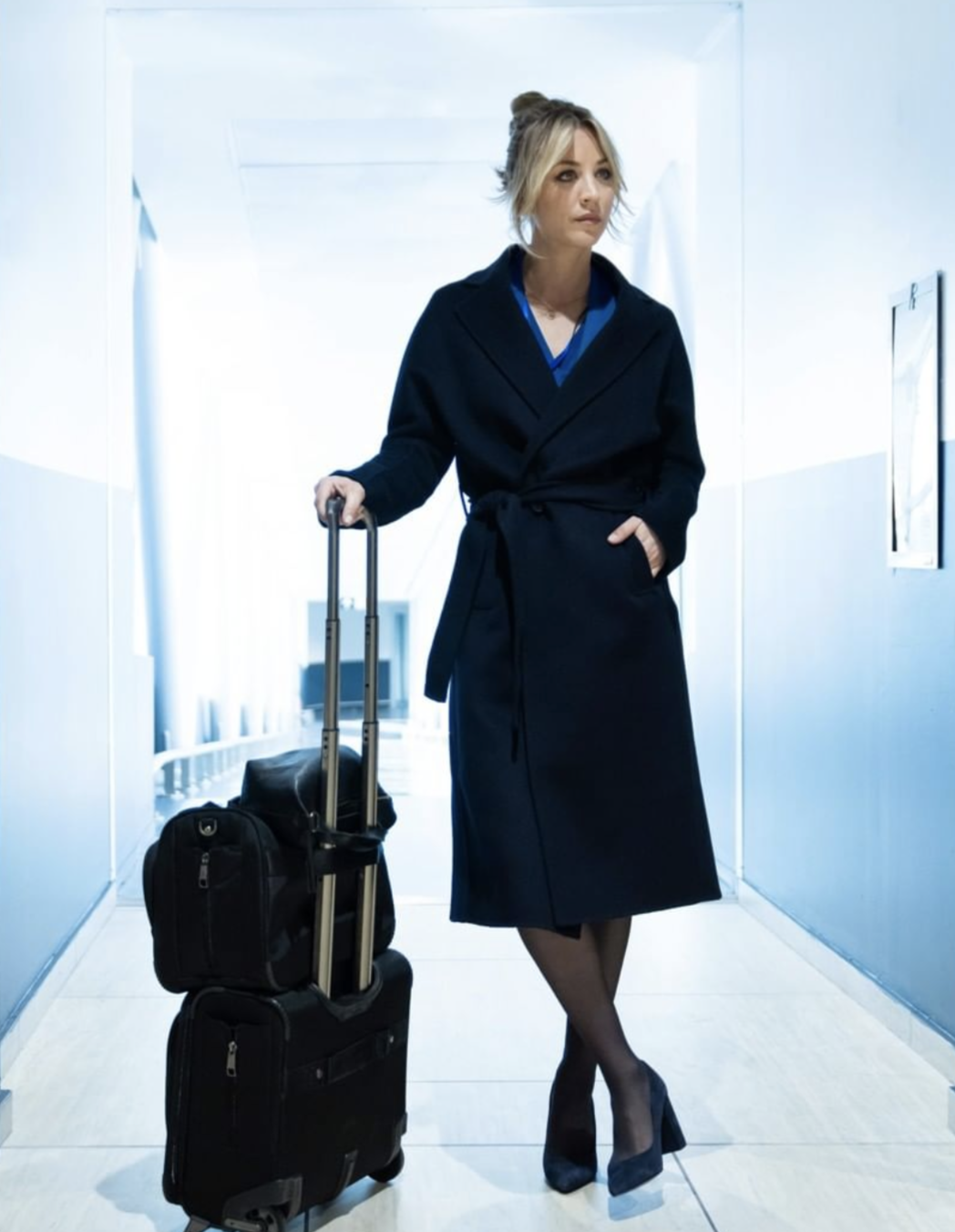 Kaley finally found her place on TV again. After playing the beloved character Penny in "The Big Bang Theory", we didn't see much of Kaley on screen. But now, she is back with a bang!

Last year, she surprised her fans with a stylish and twisty HBO Max series -- "The Flight Attendant", which she starred in and produced.

It's so good that it got several nominations from major award-giving bodies. Kaley also received Best Actress noms for her role as Cassie Bowden. Although she didn't win, Kaley got a couple of good laughs from her loss.

Keep scrolling for her good news!

She Has Come A Long Way 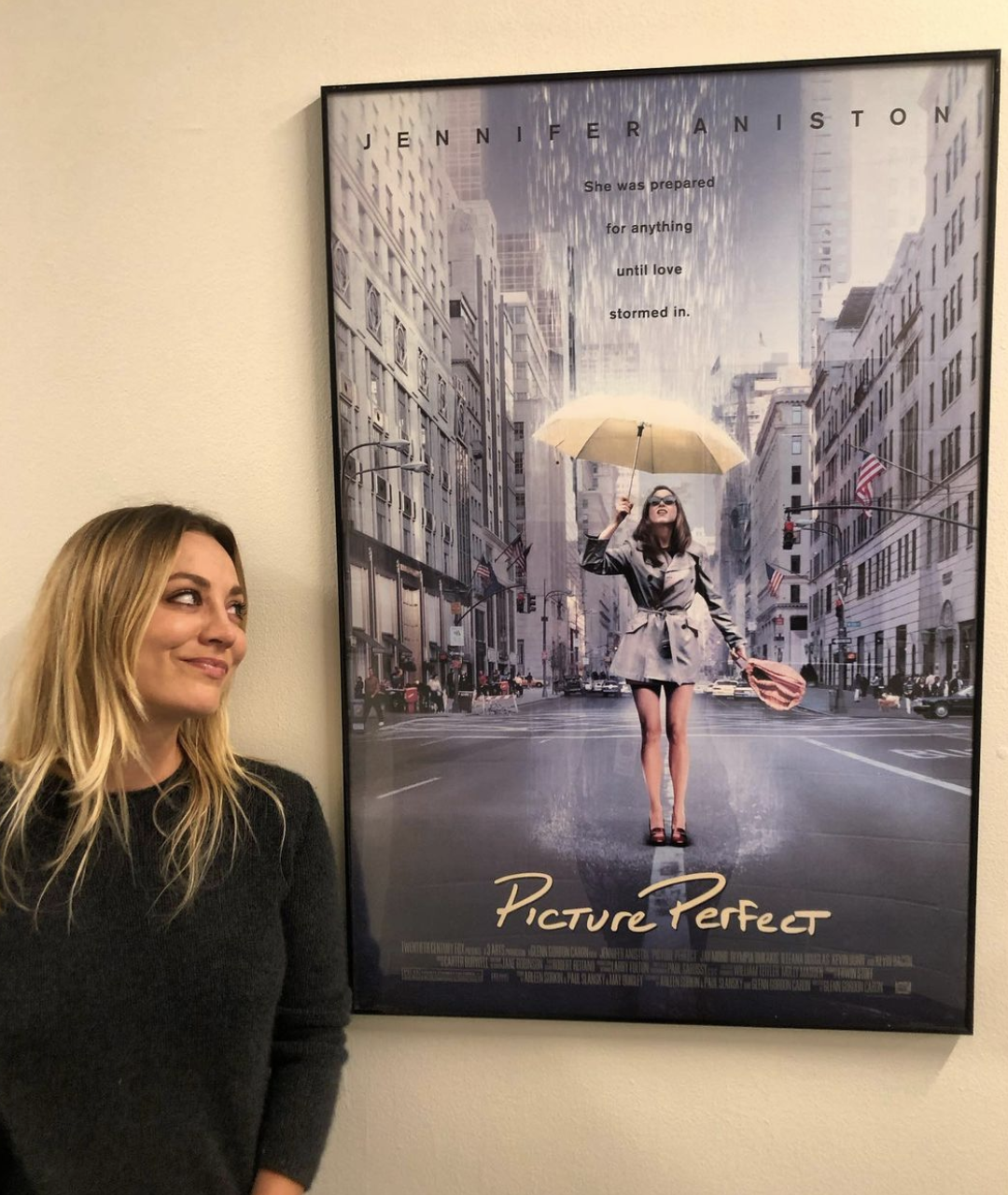 She has definitely come a long way and she deserves every bit of her success!

Last year, Kaley got a little nostalgic when she spotted a "Picture Perfect" movie poster outside of her dressing room. She shared that she was such a big Jennifer Aniston fan and that she was actually cast in the film as a kid with only one line but her scene was cut in the final edit.

"...when I saw the movie , they had cut my one line, but all I remember is spending the entire day convincing myself to tell Jen how much I loved her," she said on her lengthy caption. 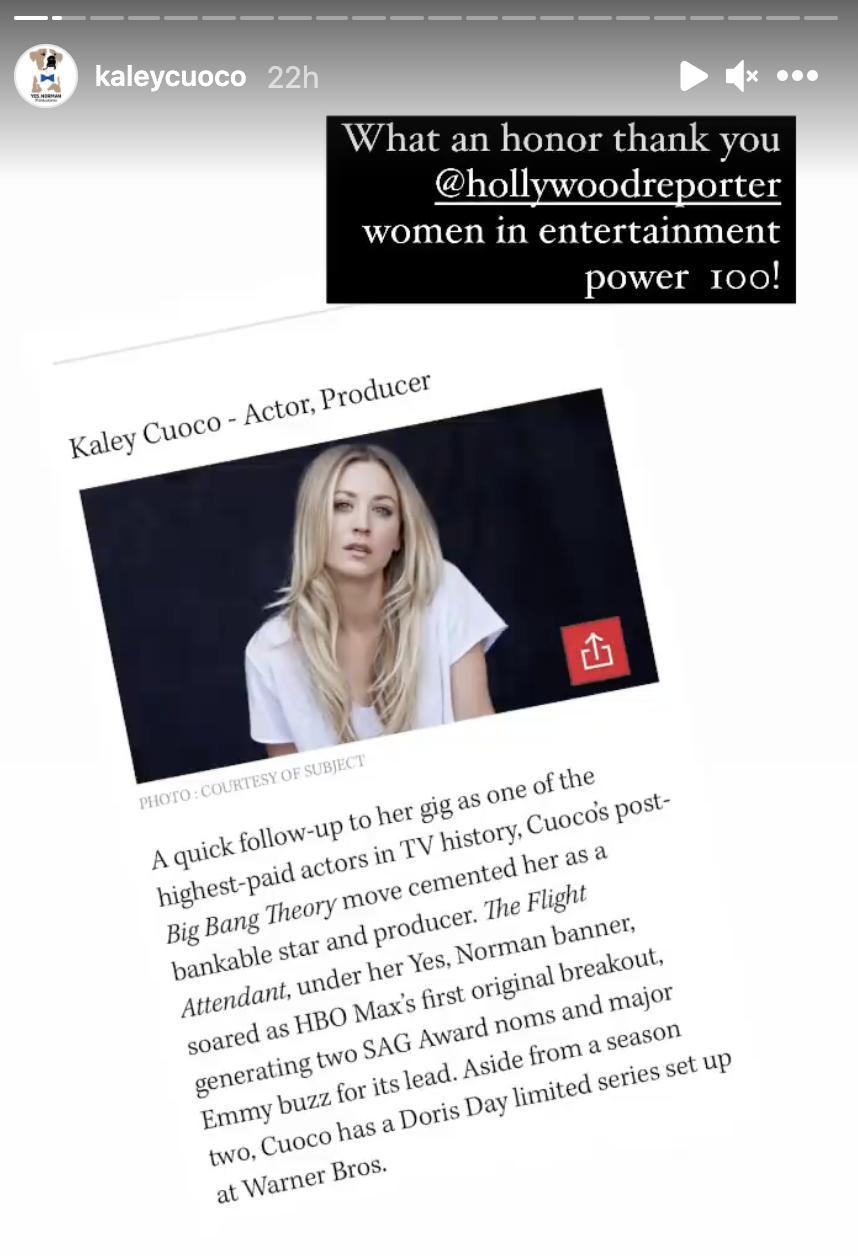 From being an extra (whose scene never made the cut), to a Golden Globe nominee and now named as a "Power Woman" in entertainment, Kaley journey is definitely amazing!

Kaley recently shared that she made it to The Hollywood Reporter's 2021 Women In Entertainment Power 100 list. She now joins the ranks of fellow industry powerhouses like Stacey Abrams and Viola Davis. 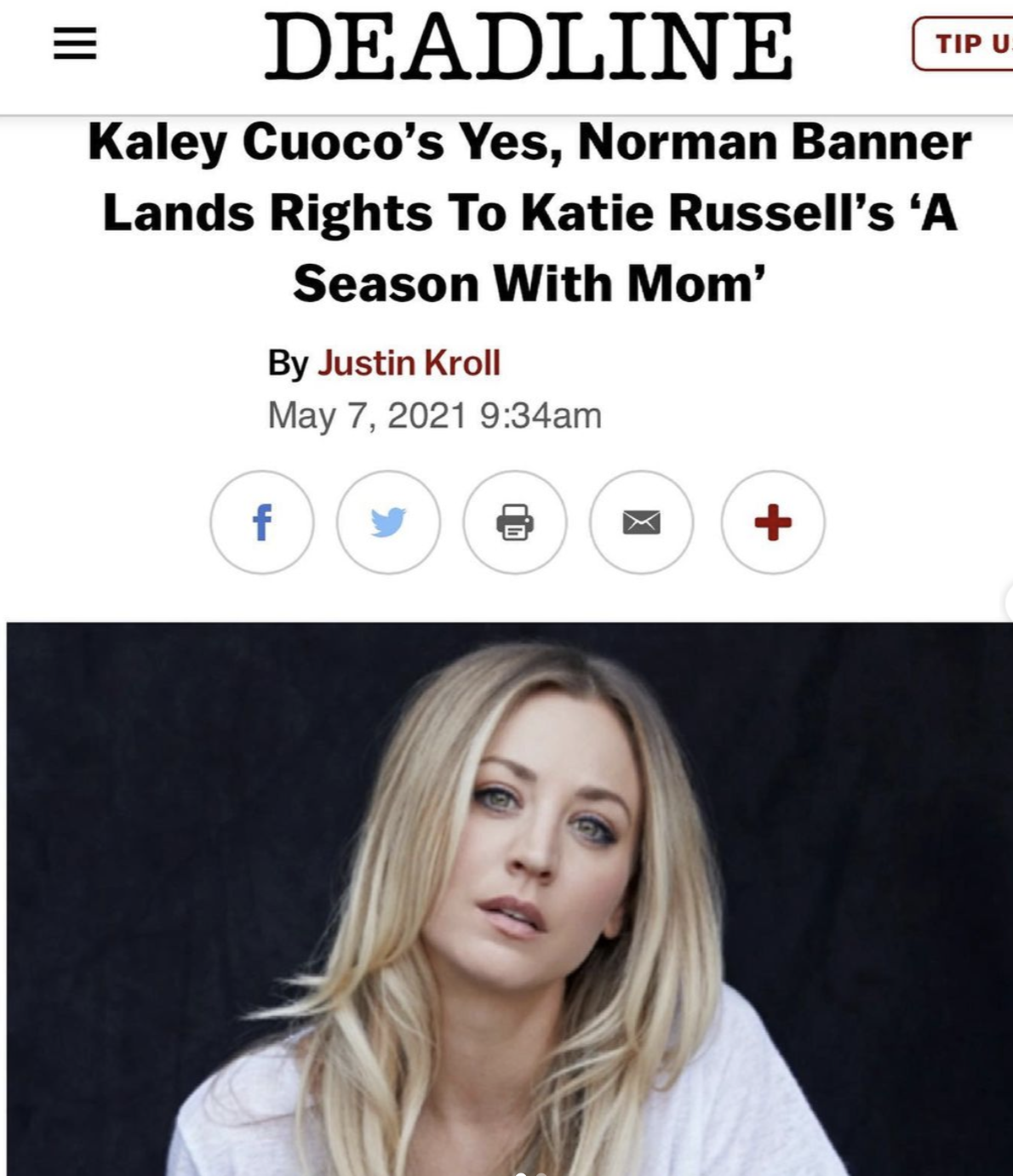 But wait, Kaley wasn't done because there was more exciting news to share.

She also shared that her production company "Yes, Norman" will be doing a movie adaptation of the book "A Season With Mom". The story is about love, loss and the ultimate baseball adventure.

Basing on the success of "The Flight Attendant", which she also produced, we're anticipating this next project will be worth watching too!