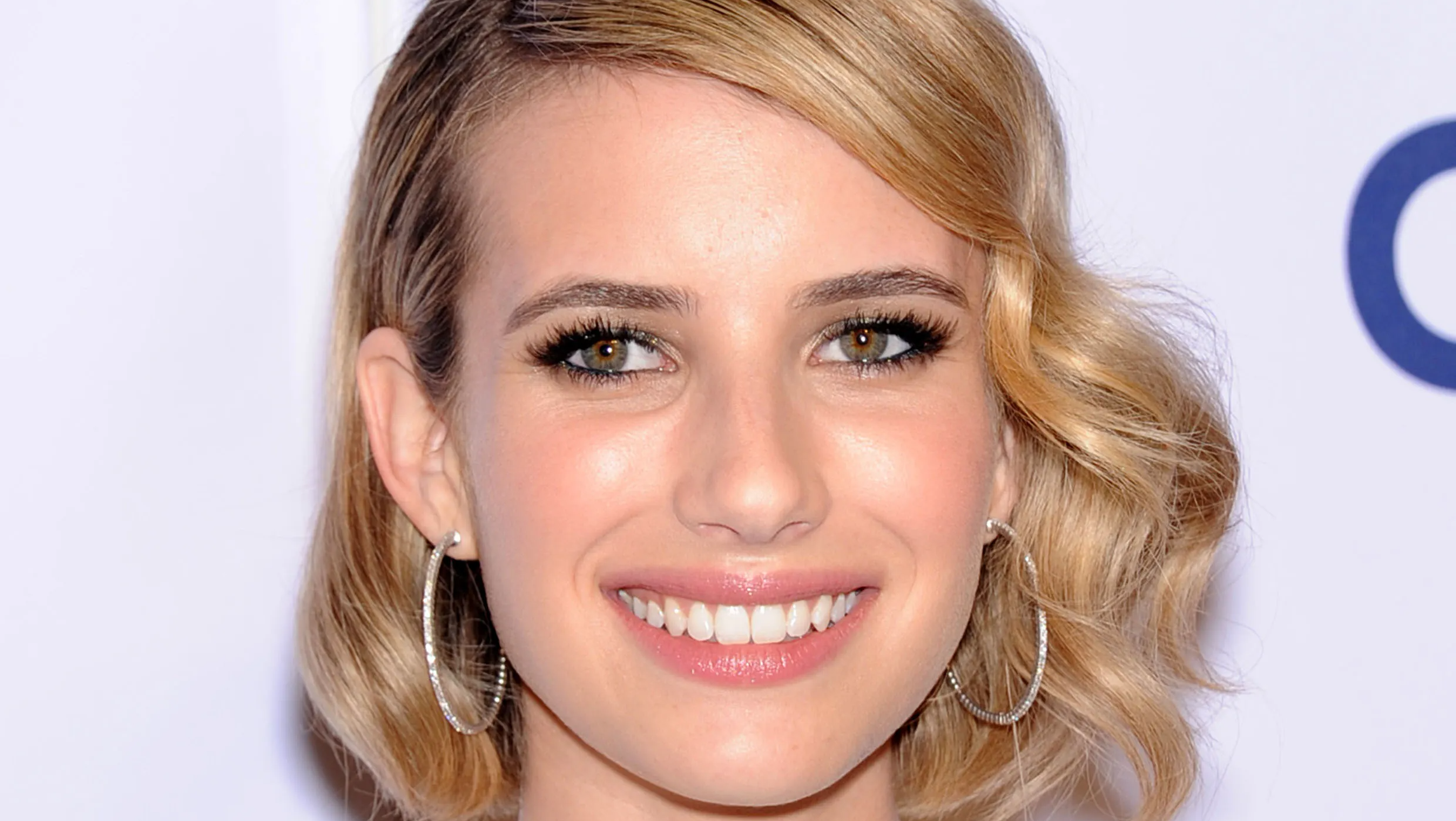 Emma Roberts is a 30-year-old American actress and singer from Rhinebeck, New York. She became a household name for her lead role in the Nickelodeon television teen sitcom, “Unfabulous.” The popular series helped launch Roberts singing career with the release of her first album, “Unfabulous and More,” in 2005.

Since that time, Roberts has been known for her high-profile romance with ex Evan Peters, and for her starring roles in “Scream Queens” and the “American Horror Story” anthology series, in which Peters also starred.

Now coupled with actor Garrett Hedlund since 2019, the pair welcomed their first child together, a son named Rhodes Robert Hedlund, on December 27, 2020.

Now a mom, Roberts is channeling her love of reading into a new venture. 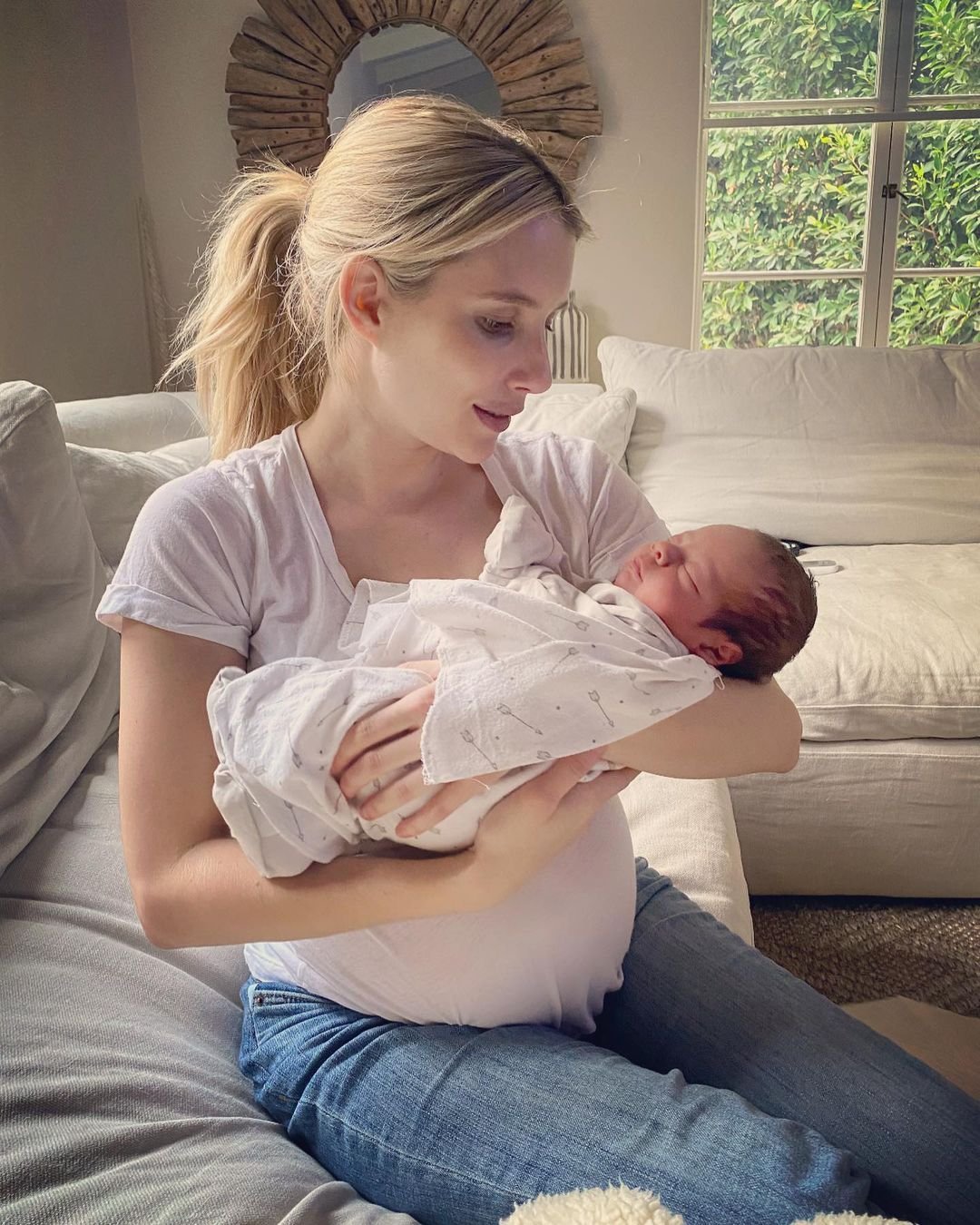 Roberts and producer Karah Preiss, both self-described avid-readers, teamed up to create Belletrist, which “channeled their hobby into an online community of likeminded subscribers.”

Preiss revealed that the meaning of the word is French, and roughly translates to “somebody who writes beautiful letters or words.”

In an official trailer released in July 2021, they introduced the Belletrist Book Club, which they describe as “bringing out monthly literary picks to life in a new way.” 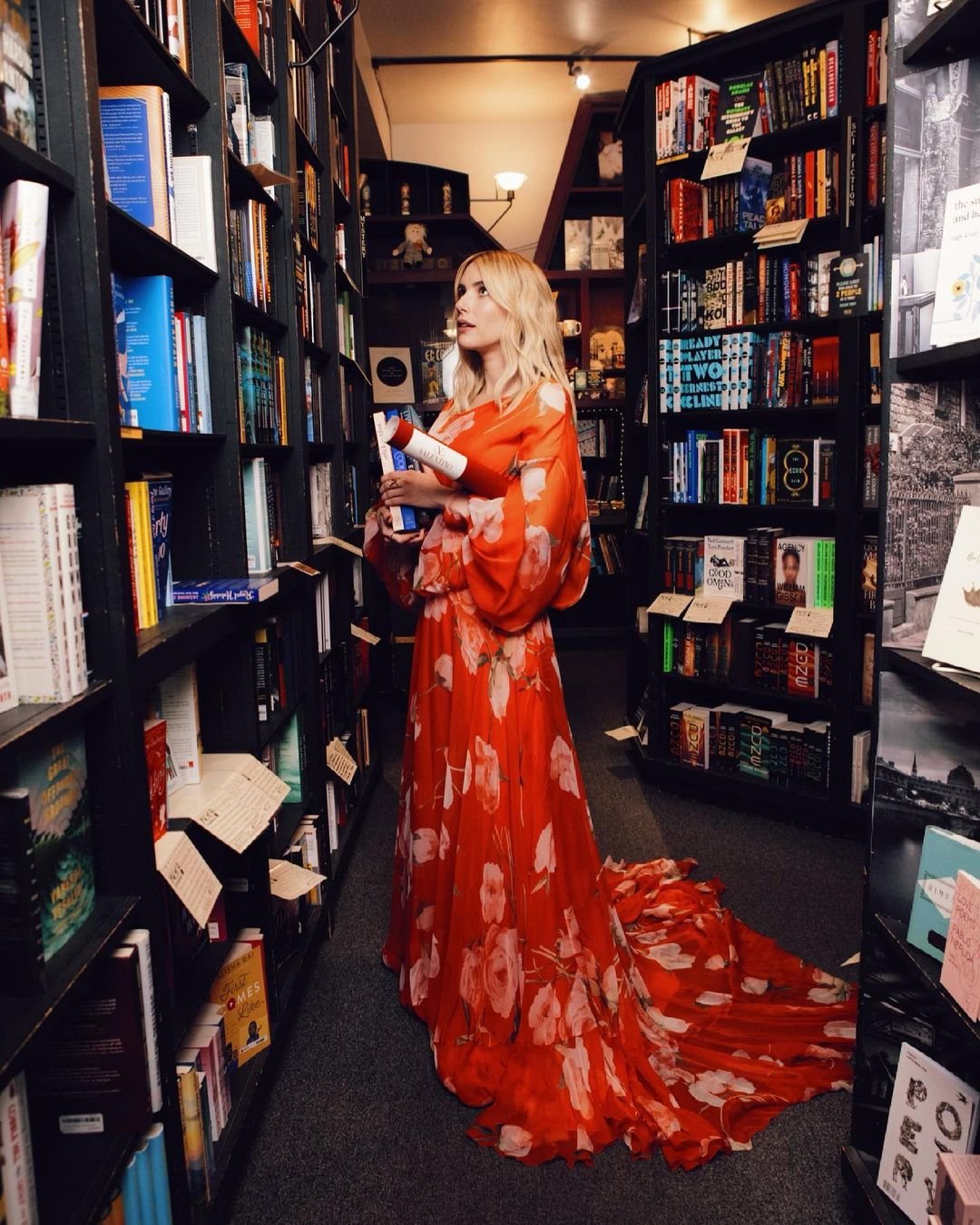 The team describes the BookClub as an “online space designed to build community around books through authors and notable moderators using video content and live audio conversations.”

The community also promises to give authors better access to their fans, touting that they will be able to “join personal book clubs, lead virtual discussions, and share exclusive interviews to help bring their words to life for readers who want to dive deeper, engage in conversation, and learn more from the ultimate authority, the authors themselves.”

How Did It Start? 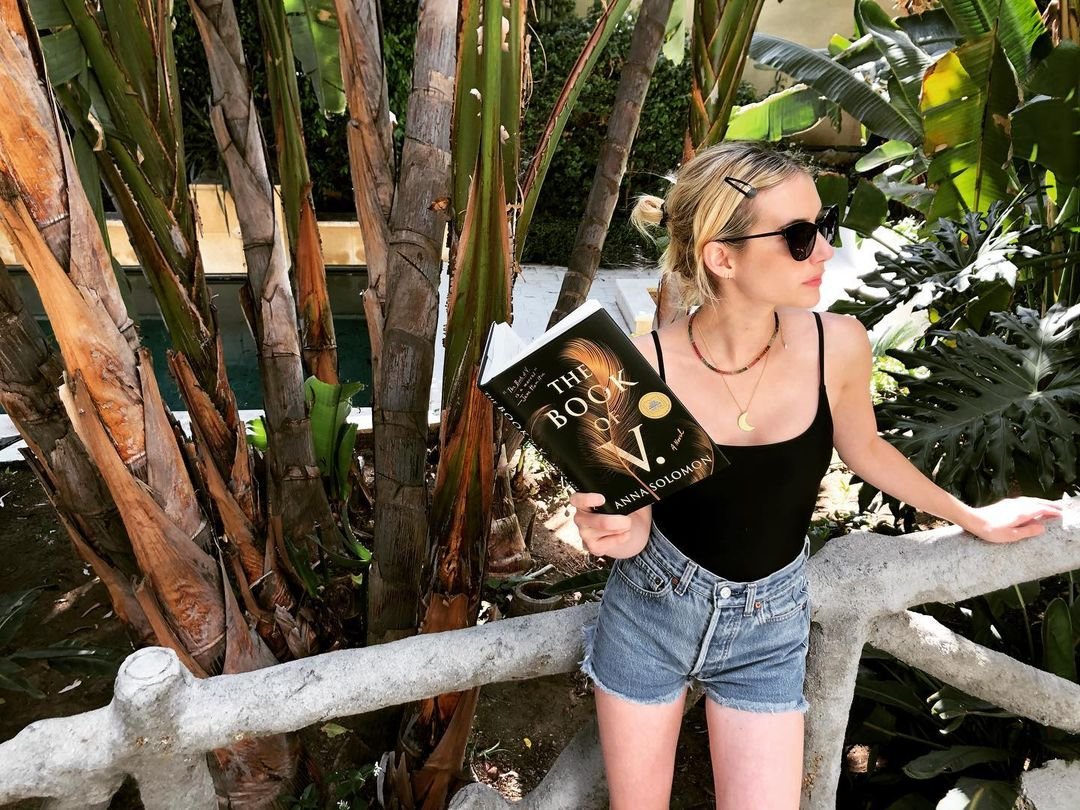 Although Roberts’ love of reading emerged when she and Preiss used to send books back and forth to each other by “snail mail” twelve years ago, her recent project was born when she started sharing her favorite books on Instagram.

“Those posts were getting a lot of comments and interactions,” she said in a recent interview. People would reach out to me and be like, ‘Hey, I just read the book you just posted. What’s next?’ Or, ‘What else can you recommend that you haven’t posted?’”

Thus, the idea was born.

“I also felt something was missing as far as a place that recommends things that I’d want to read,” she continued. “Most people don’t have time to be poring through several lists to figure out what to read. We wanted to create a place where it was easy to find things that you know you’re going to like.”

What Books Does She Recommend? 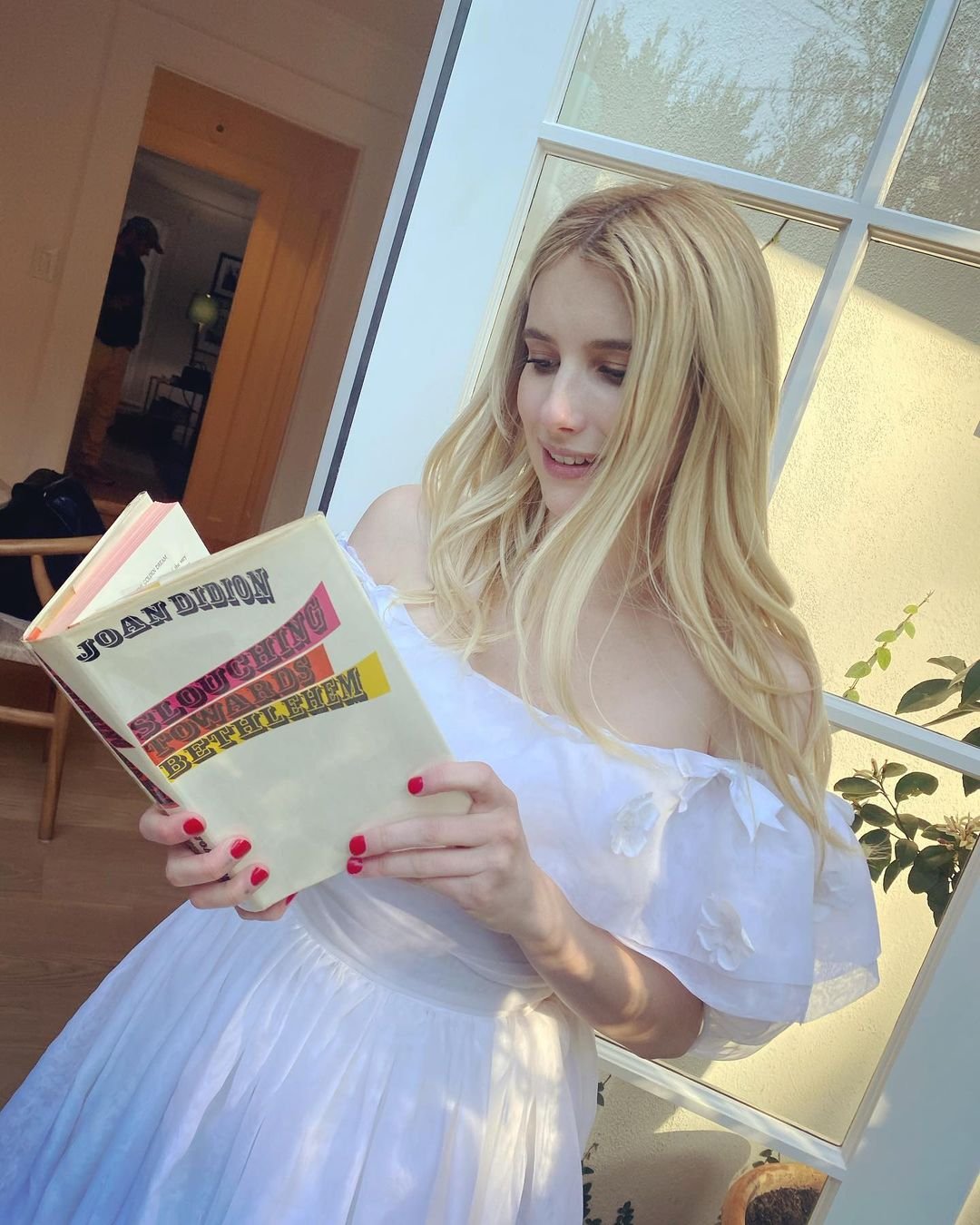 The team’s first pick is “South and West: From a Notebook,” written by Joan Didion. The book chronicles the road trip that she took with her husband, John Gregory Dunne, in June 1970, through the states of Louisiana, Mississippi, and Alabama.

Didion also agreed to be the BookClub’s first author interview, despite the fact that the team had yet to officially launch their platform when they sent in the request.

“I thought it was so kind that she did that, we didn’t have any followers at that time. We hadn’t even put up our official Instagram page,” Roberts explained. “It made us feel special, for her to support two young women who are just trying to share stories with the world, and it gave us a solid foundation to start our community with.”

She also recommends works like “Recollections of My Non-existence” by Rebecca Solnit, “Writers and Lovers” by Lily King, “Shutter Island” by Dennis Lehane, and “The Shining” from horror master Stephen King for her “AHS” fans.

“You don’t have to be the best reader or read the most,” she explains. “You just need that sense of curiosity and to want to be introduced to new stories that you might not have read otherwise.”