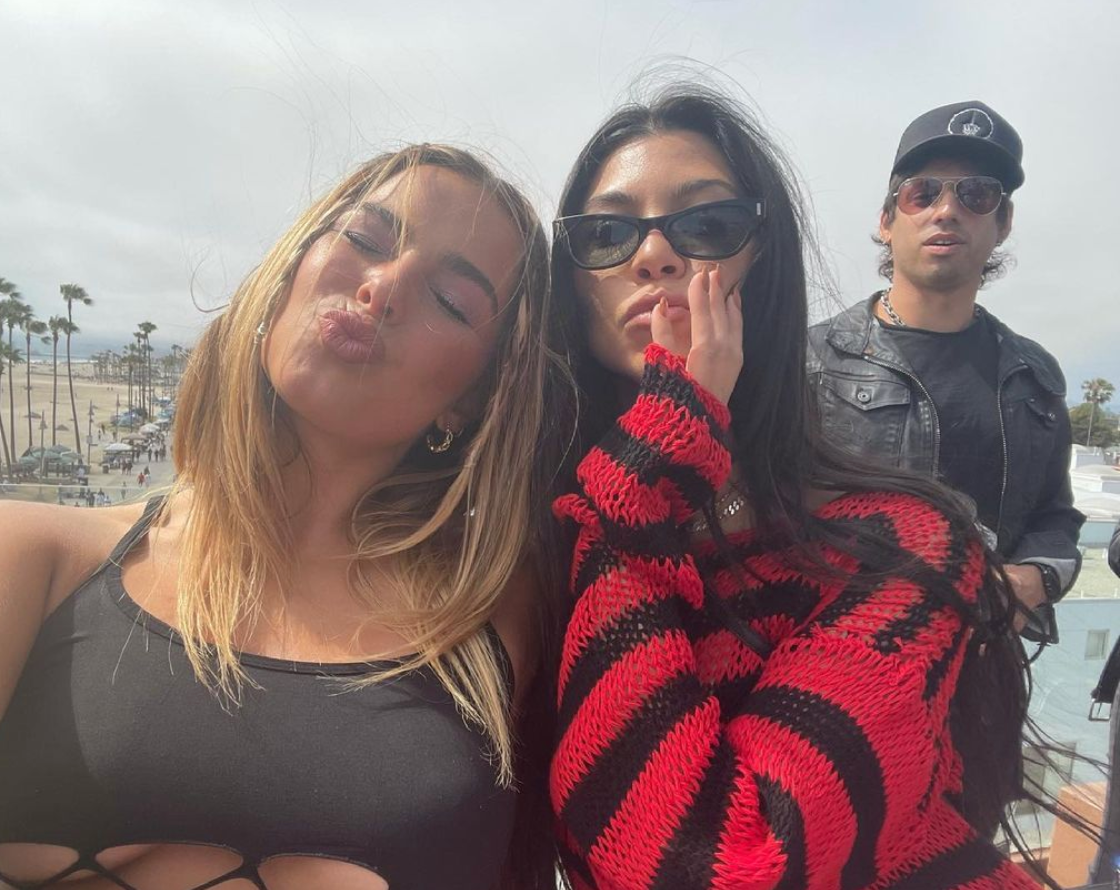 Kourtney Kardashian and Addison Rae are best friends, so it’s about time the two finally starred in a movie together!

The upcoming Netflix rom-com set to drop on August 27 is a reboot of the 1999 classic “She’s All That,” starring Rachel Leigh Cook and Freddie Prinze Jr. In the film, Freddie Prinze Jr.’s character, Zach, has six weeks to earn the trust of nerdy loner Laney Boggs, played by Cook, and help her become the school’s next prom queen.

In this upcoming film, titled “He’s All That,” Netflix has decided to put a small spin on the story.

Who Is Addison Rae? 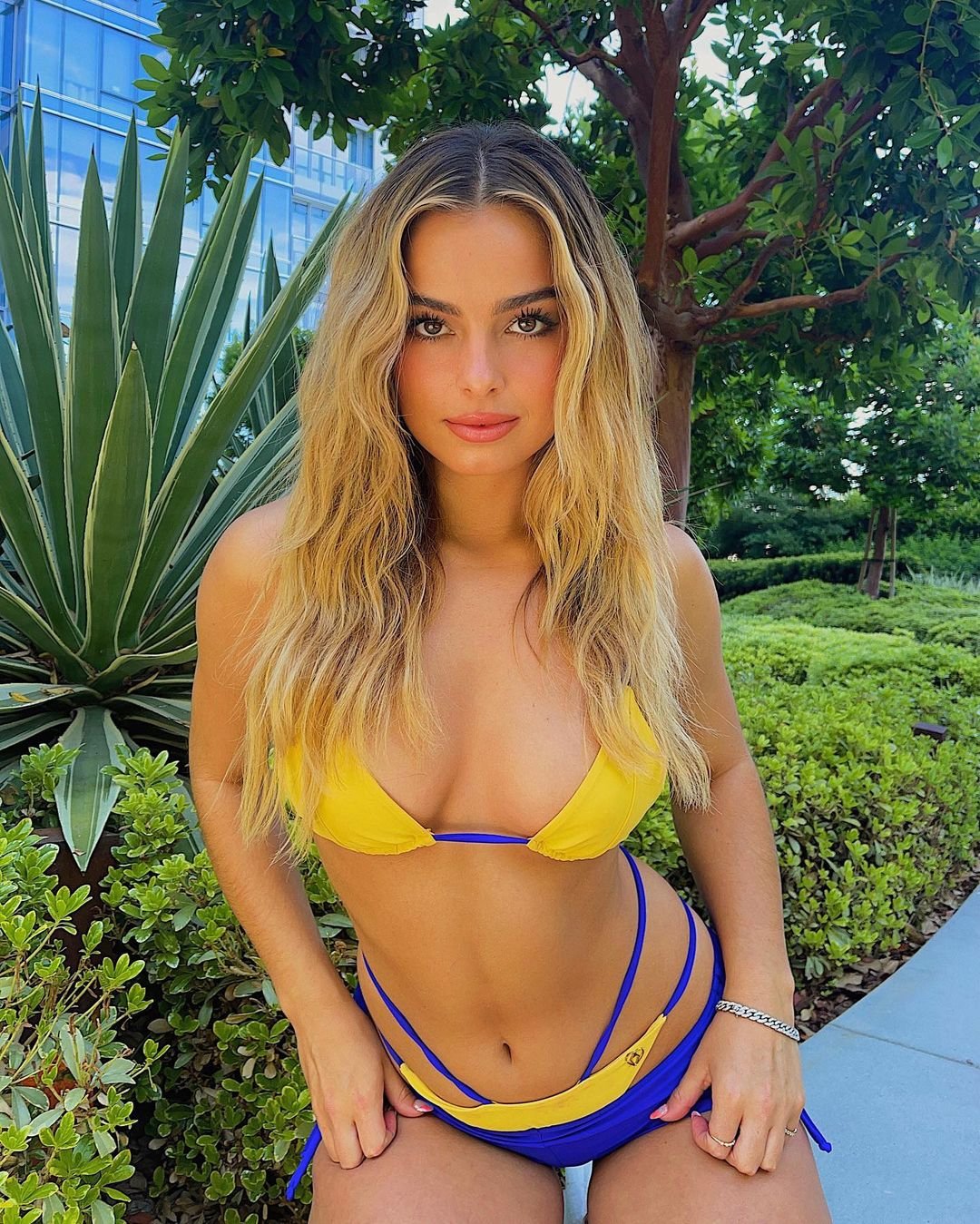 Addison Rae is a 20-year-old American singer, dancer, and social media personality, born in Lafayette, Louisiana. After she started posting on TikTok in July 2019, her dancing videos made her a household name.

In July 2020, she revealed that she met Kourtney and her son, Mason Disick, through mutual friend David Dobrik.

“I met Kourtney through a friend, through David,” she explained. “We surprised Mason, because Mason liked my videos on TikTok.”

She continued, “I kind of just stuck around and we got really close. We started working out together. We did a video on her YouTube of us doing a butt workout and stuff, so that was fun.”

What’s The Movie About? 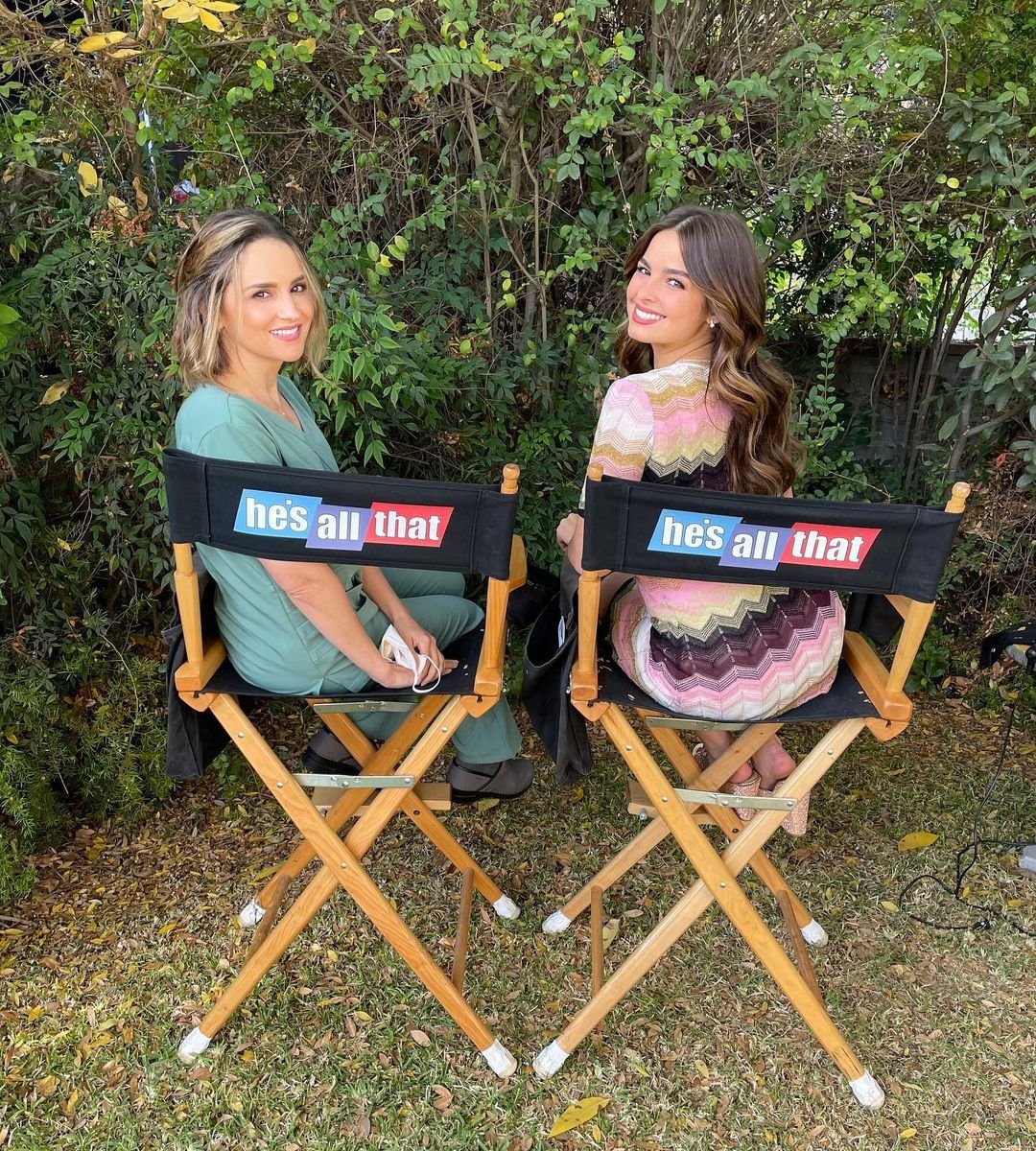 The remake features Addison Rae as Padgett Sawyer and sees Tanner Buchanan stepping into the role of Cameron Kweller, described as an “unpopular classmate.” In this version of events, popular Padgett decides to take on the bet of making Cameron the school’s next prom king.

It’s a gender flip from the first film, but Cameron has some stiff competition against Padgett’s ex, Jordan (Peyton Meyer), who attends the same school and who also happens to be a pop star.

Cook, who starred in the first film, will also appear as Padgett’s mom, Anna Sawyer.

Preparing For The Role 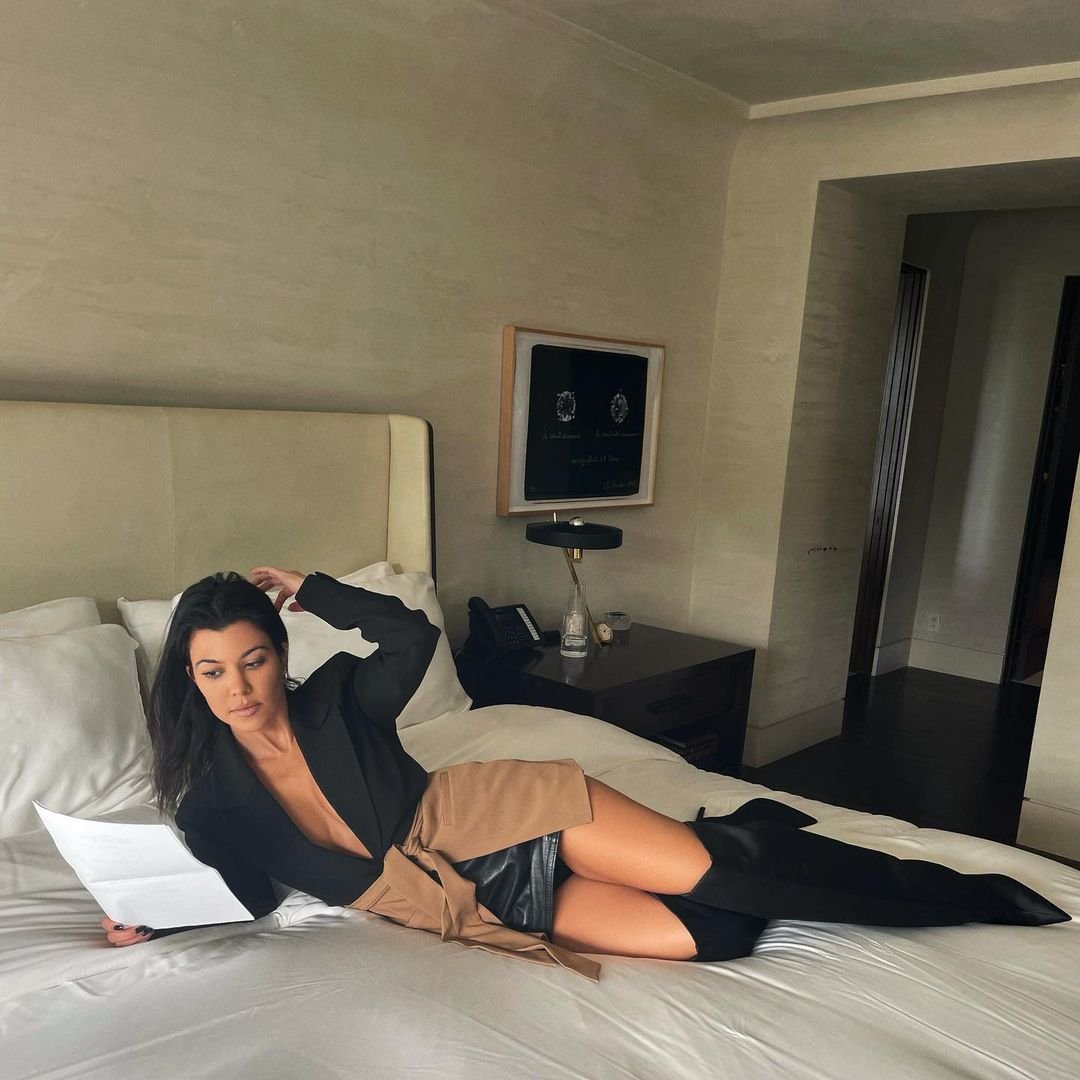 Last December, the “Keeping Up With the Kardashians” star posted a photo of her lying on a hotel bed reading the script with the caption, “studying @hesallthatmovie.”

The page was flooded by supportive comments. Addison immediately commented on the photo writing, “worrkkkkkk.” Kourtney’s stylist, Dani Michelle, wrote “study her linessss.” Producer Jennifer Gibgot even hopped on to say, “You crushed it.”

Although not much is known about Kourtney’s role so far, both Addison and “Teen Wolf” star Andrew Matarazzo, who also appears in the film, have said that Kourtney’s scene-stealing role is their favorite scene in the film. 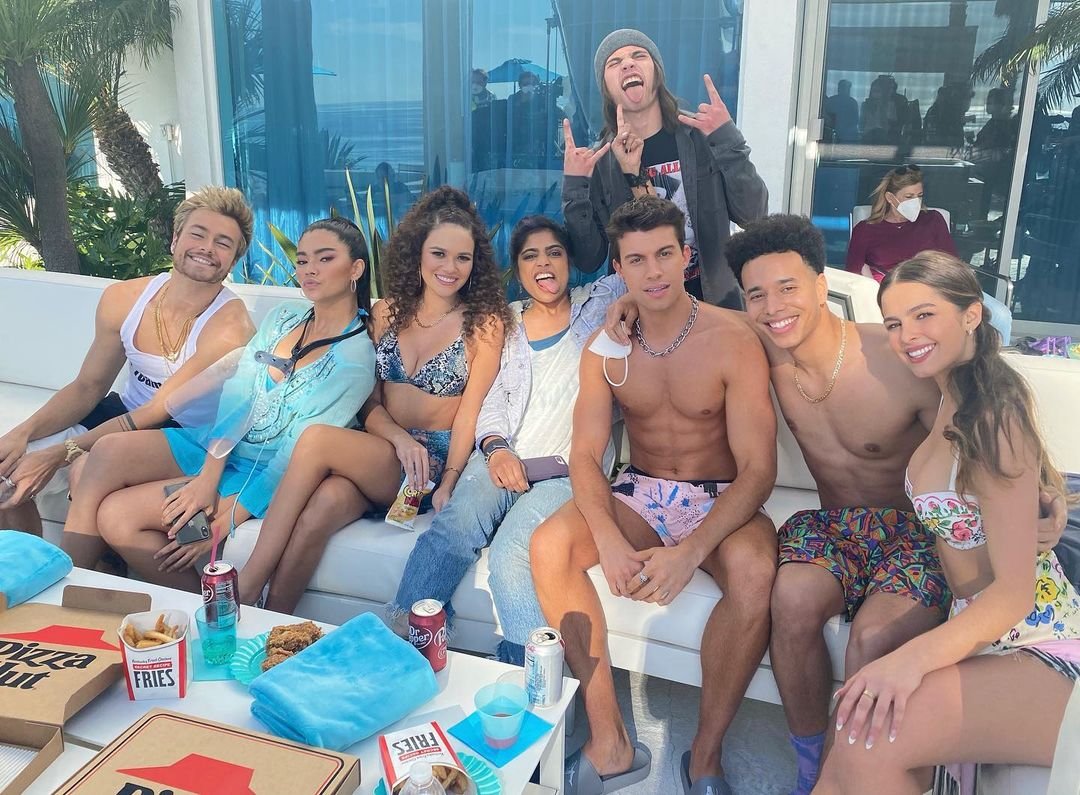 Although Netflix is touting the film as a light-hearted rom-com, it seems fans aren’t finding any jokes in the remake of an original classic. After the full trailer dropped, fans took to Twitter to voice their disapproval.

“Idk netflix what you are on but raise your standards,” one user wrote.

“what’s netflix’s obsession with giving their viewers the opposite of what they want?” another asked.

“let’s all watch she’s all that instead of this horrible movie that shouldnt never touch the iconic 90s movie,” another said.

Although some of the comments were pretty scathing, fans will just have to wait for the premiere of “He’s All That” on August 27th to judge for themselves.

In the meantime, the original “She’s All That” is not currently streaming on any platforms, but can be rented from Amazon Prime Video, Apple TV, Vudu, or Redbox for a small fee. 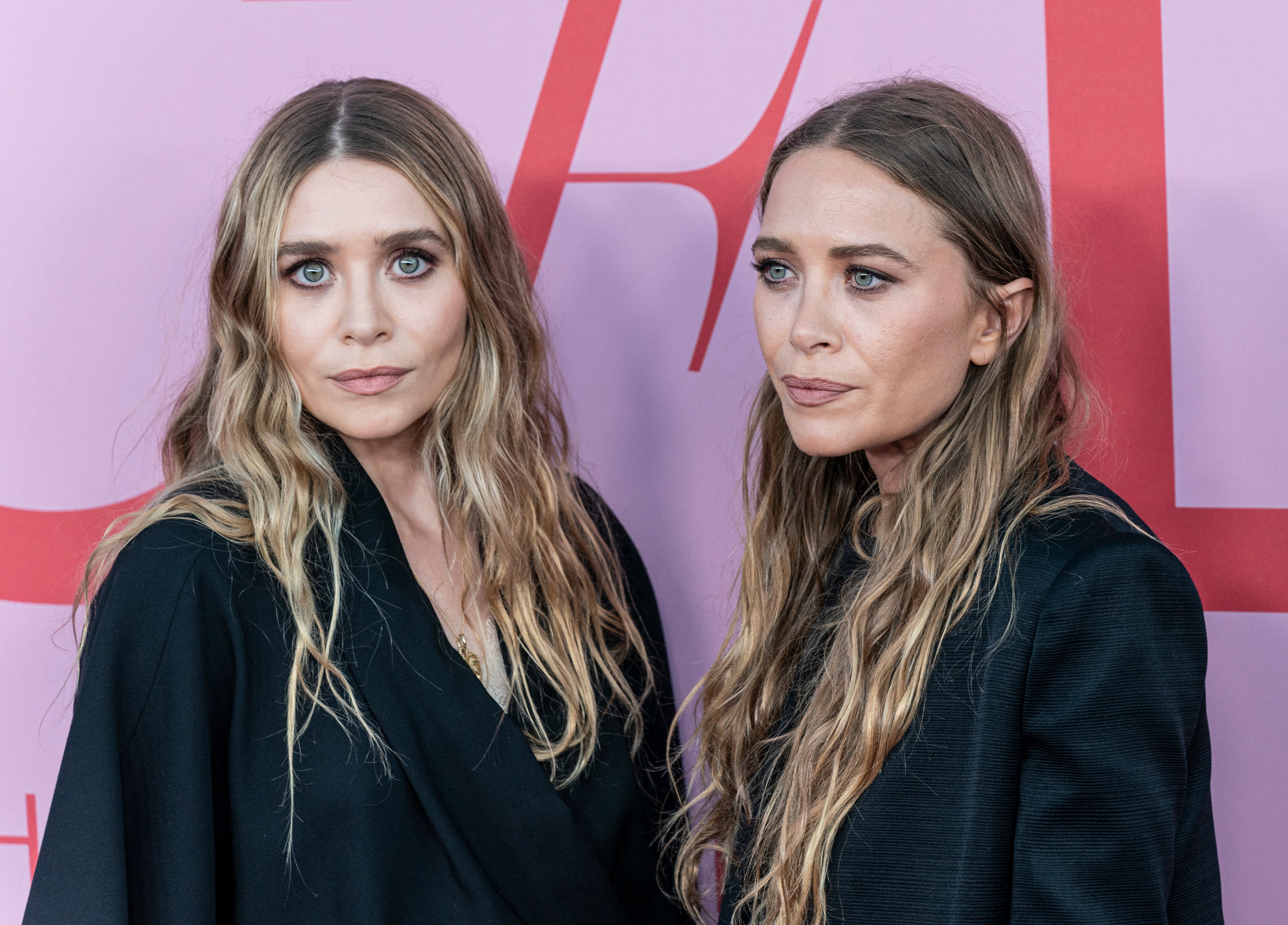 The Surprising Reason You Never Hear About The Olsen Twins