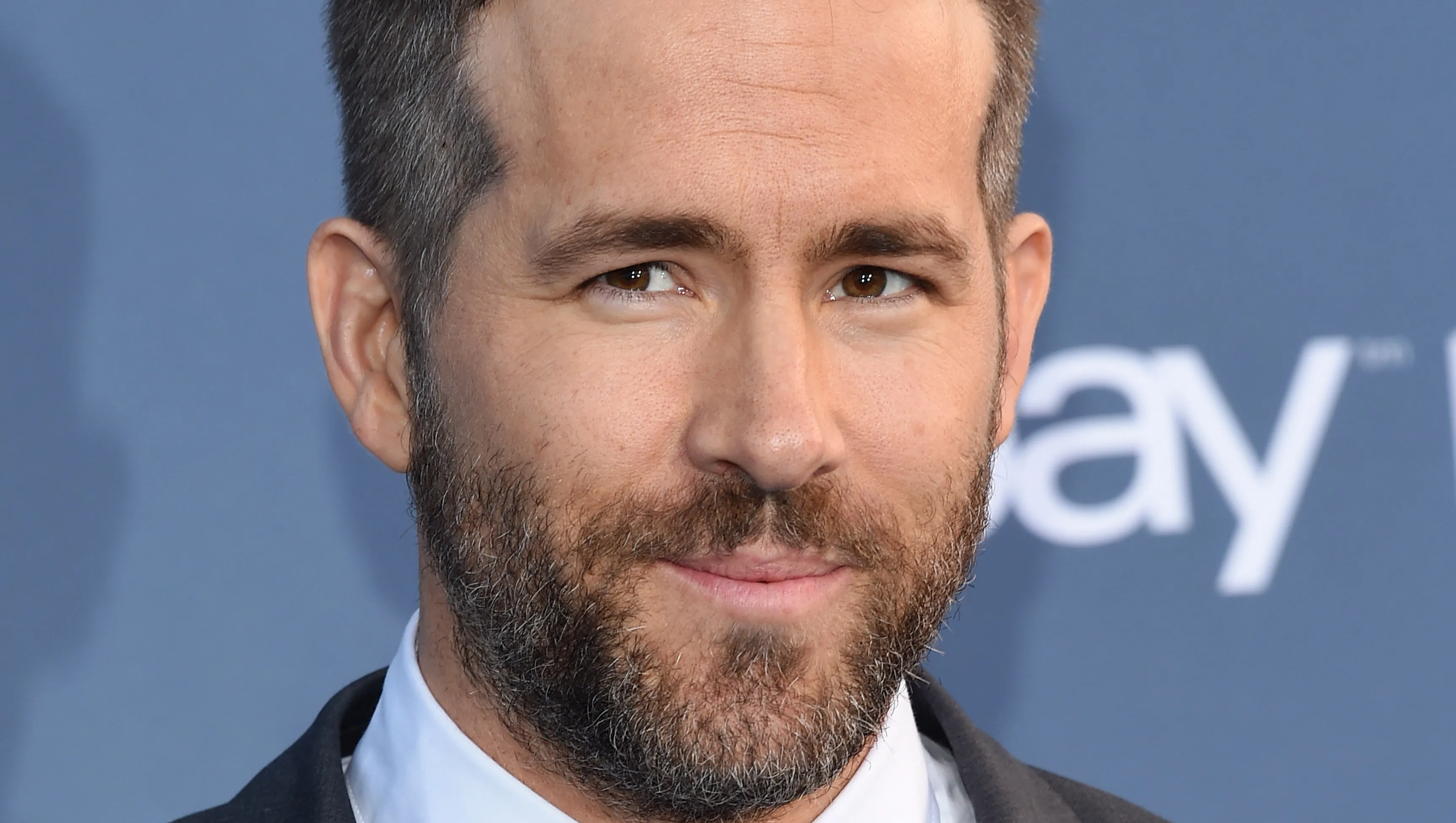 After late “Jeopardy!” host Alex Trebek passed away late last year, fans knew that finding a suitable replacement wasn’t going to be easy. However, no one could predict how many twists and turns the selection process would take.

However, Richards decided to quit after many offensive comments about women began to surface online, which meant that the search for the next “Jeopardy!” host continues.

With many celebrities starting to comment on the scandal, “Deadpool” actor Ryan Reynolds decided to jump into the Twitter conversation with his pick for the next “Jeopardy!” host.

Why Did Richards Quit? 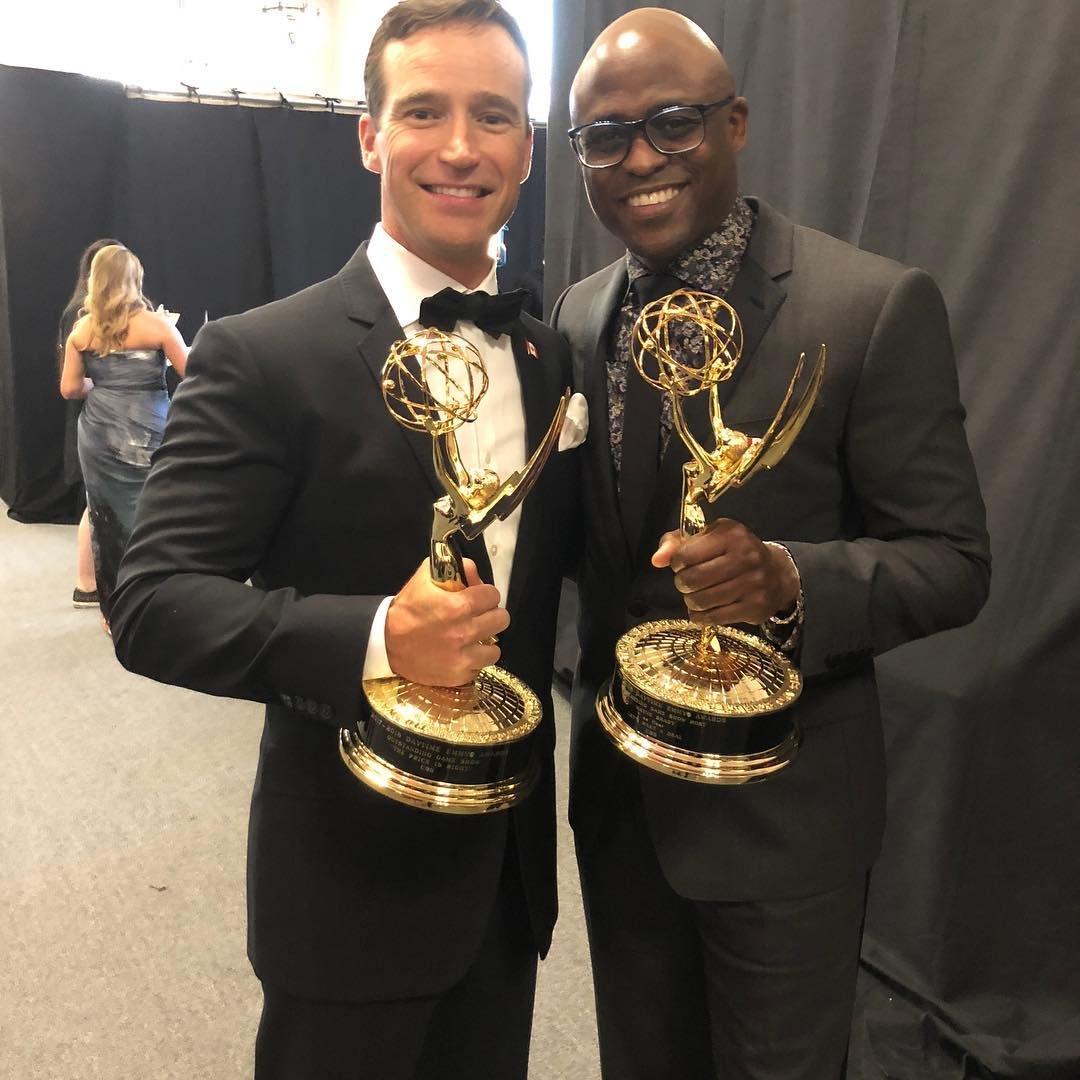 Hours after the selection was announced, fans took to Twitter to call the selection process unfair. They also pointed to several lawsuits against Richards, detailing his alleged history of harassment and discrimination against women on “The Price is Right.”

A week later, audio clips from his podcast “The Randumb Show” began to surface. The clips were filled with offensive comments about women, comments about their weight, and slurs directed towards marginalized people.

One particularly offensive comment came in 2014, after the iPhone hack that led to multiple celebrity nudes being distributed throughout the Internet. When he asked his female co-host if she had ever taken nude photos, she said she had taken “cute” photos. Richards pressed her for more information, asking: “Like booby pictures? What are we looking at?” When he later asked to look through her phone and she refused, he asked if it was because it contained pictures “of [her] boobies.”

After the Anti-Defamation League called for an investigation into his behavior, which included an offensive stereotype about Jewish people, Richards decided to step down.

Who Does Reynolds Support? 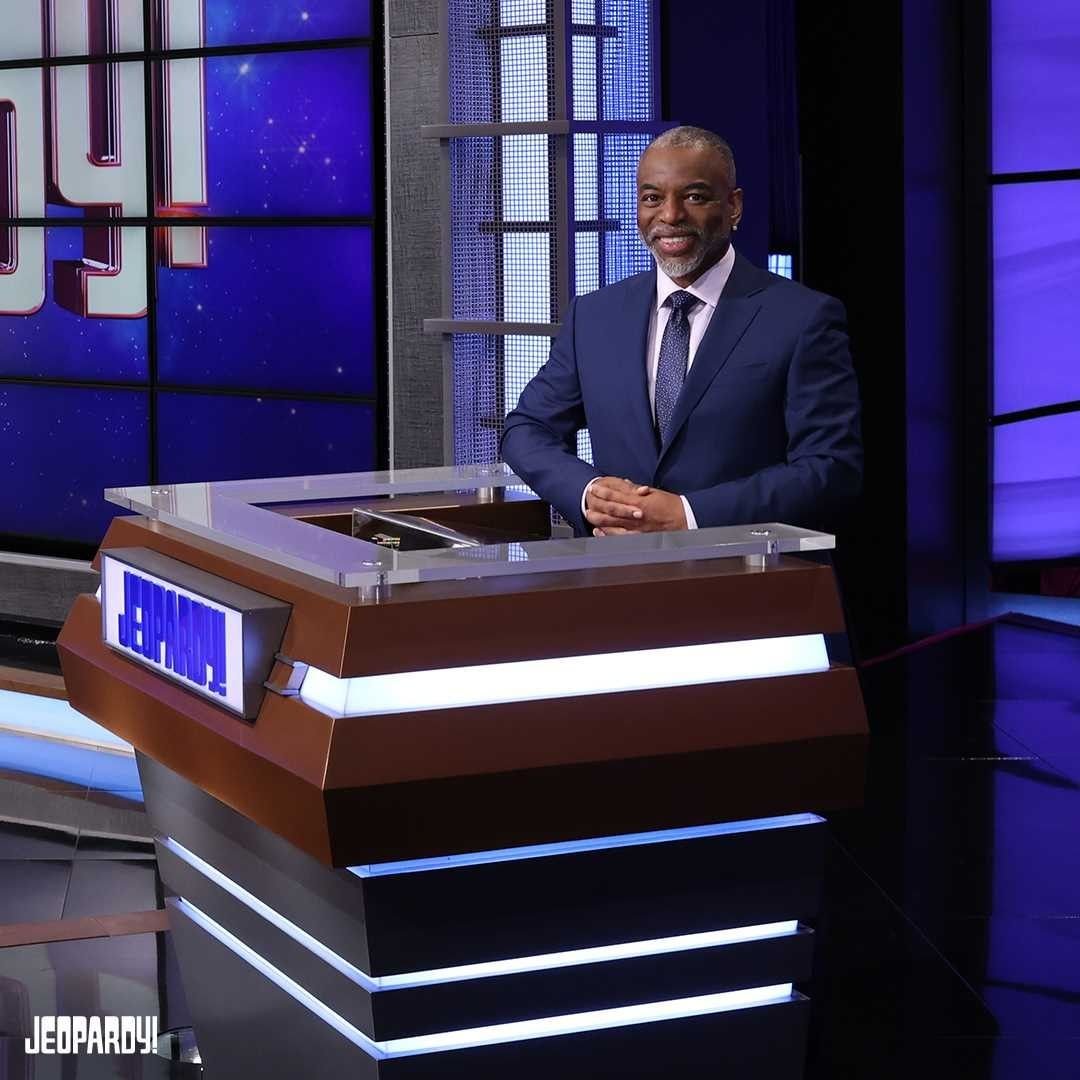 Reynolds, who has starred in everything from romantic comedies like “Just Friends” to the dramatic thriller “Buried,” has come out swinging in support of “Reading Rainbow” host LeVar Burton.

"Pretty consistently from 2013 to 2015 Deadpool would explode on Twitter with fans wanting me to play him,” the actor tweeted. “It was awkward because I agreed with them but the studio didn’t see it. Ultimately the fans won and the rest is glorious history. I’m forever grateful.”

Burton responded with two prayer-hands emojis but has not commented on the matter further, despite the outcry of support he has received from fans and celebrities alike, including a fan petition that has gained more than a quarter of a million signatures. 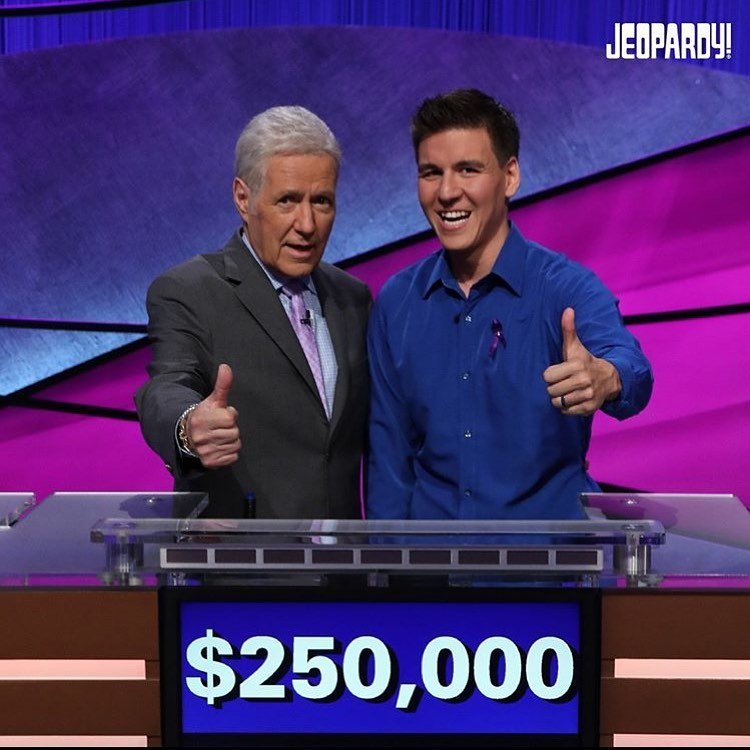 Reynolds is far from the only celebrity who has taken to social media to comment on this latest celebrity scandal. Previous “Jeopardy!” winner and current chaser on the American version of “The Chase” James Holzhauer, known for his big wagers, took to Twitter to throw shade at the way the selection process was handled.

“I was really looking forward to the season premiere where after an exhaustive 61-clue search for the next Jeopardy champion, the show looks past the three obvious candidates and declares Mike Richards the winner,” Holzhauer tweeted.

He later followed up the tweet by writing, “Also new for next season: contestants can submit two Final Jeopardy responses in case the first one causes public backlash,” alluding to the fact that Sony had expected some pushback to Richard’s selection and might have known about some of his inflammatory comments before the public was made aware of it.

What Is The Future Of 'Jeopardy!?' 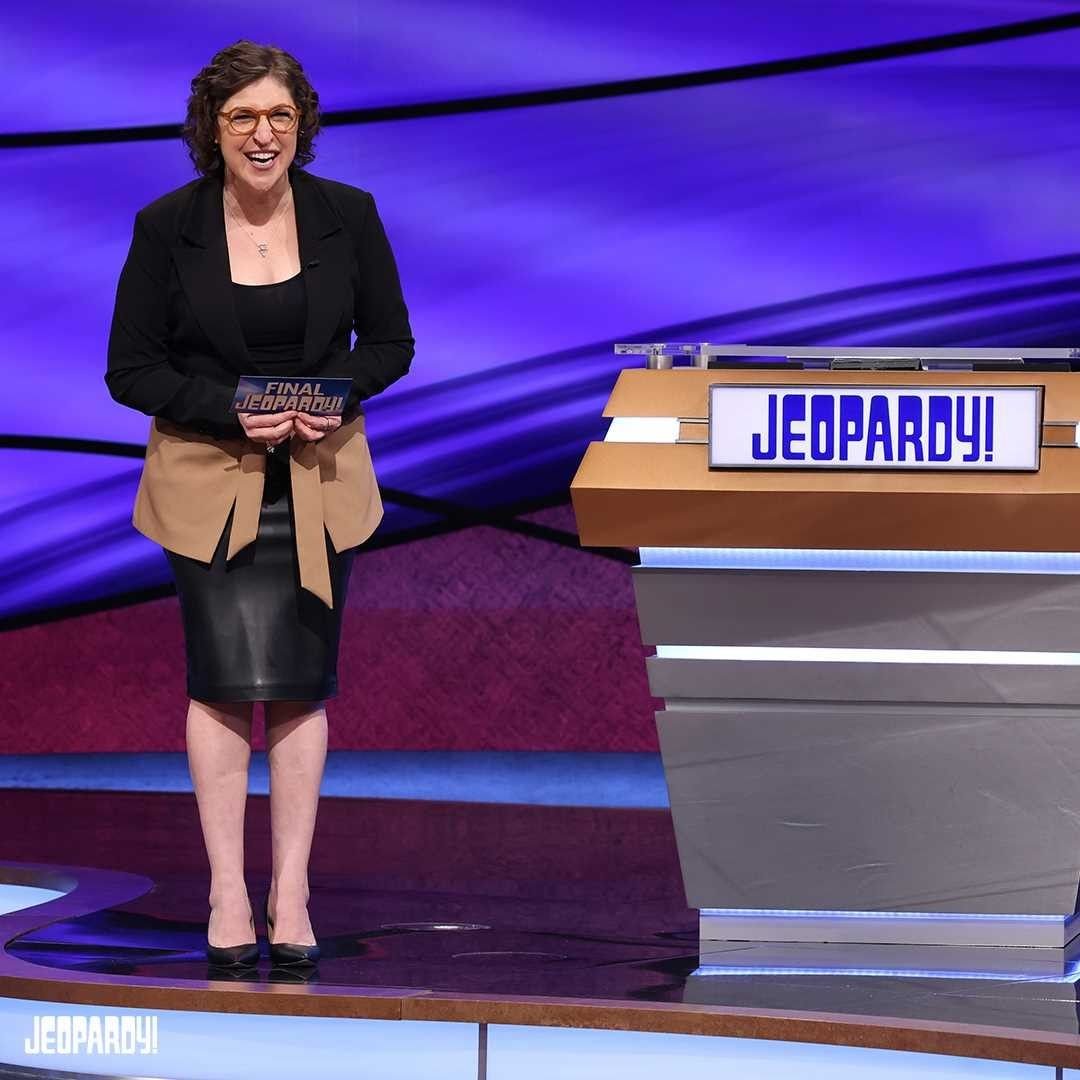 Although it looks like Bialik will stay on, she will not be taking over the permanent hosting duties in order to continue starring in her sitcom, “Call Me Kat,” which has been renewed for a second season. However, she will take over hosting duties for three weeks, and has been described as a “real viable choice” to become the next full-time host.

Despite his misogynistic comments, Richards will continue to serve as executive producer behind-the-scenes, although it’s unclear how much influence he will have over who becomes the next “Jeopardy!” host.

In a statement, a Sony spokesperson said, “We support Mike’s decision to step down as host. We were surprised this week to learn of Mike’s 2013/2014 podcast and the offensive language he used in the past. We have spoken with him about our concerns and our expectations moving forward.”

In the meantime, “Jeopardy!” will air the five new episodes where Richards serves as host when season 38 premieres on September 13th. After that, Sony Pictures has declared that they “will now resume the search for a permanent syndicated host” by bringing back guests hosts to produce the new season.

Considering the public support for Burton and how his episodes were coincidentally timed with the 2020 Tokyo Olympics, leaving many fans unable to watch his run, many are hoping that he will get another chance to prove that he has what it takes to become the next permanent “Jeopardy!” host. 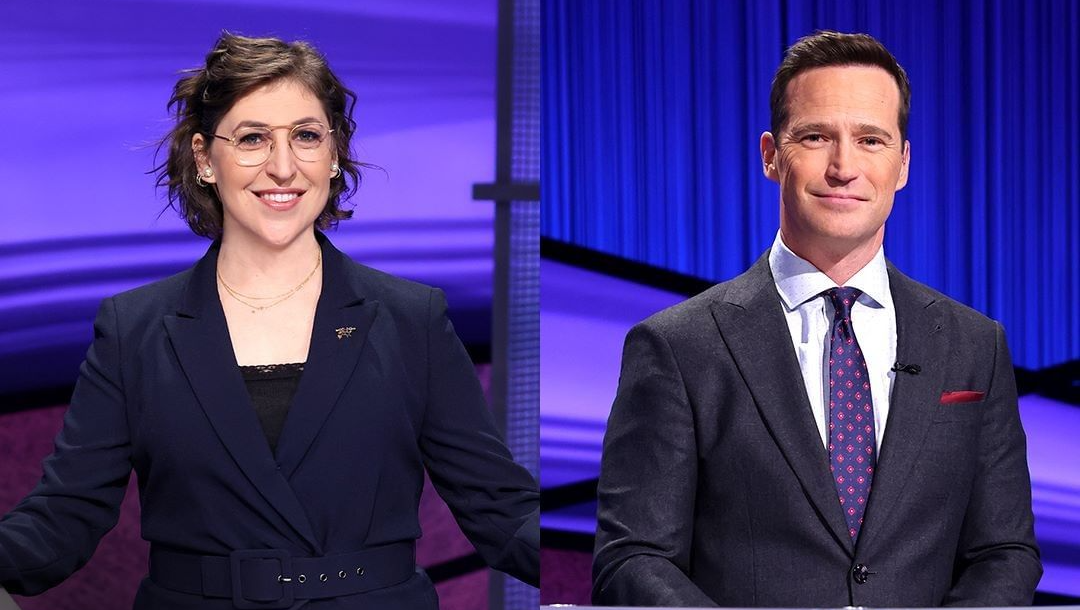